Steve Bandrowczak, CEO of Xerox, reveals how to be a transformational leader.

In his time at Xerox, Bandrowczak has been at the helm of a major transformation of the business as it responded to new business opportunities, declines in existing revenue streams, and the impact of the Covid-19 pandemic.

"You will either drive change or be changed as an individual, corporation, or country," Bandrowczak says of the new landscape that organizations operate within. "Technology is only going to accelerate and get faster than it is today," Bandrowczak agrees with the analysis of a shortening S curve by Dr. Art Langer, Vice Chair of Faculty and Executive Advisor to the Dean at Columbia University.

Traditional business thinking has described business growth as an S-shaped curve where the lower end of the S represents high demand and low supply fostering that demand, which is also the time when a new business or service is at the highest risk. The bottom end of the curve is also when organizations can seize the greatest market share, Dr. Langer says. As an organization succeeds, it reaches the middle of the S curve, which is typically where supply and demand are equal, there is competition in the market, and the product or service is no longer an innovation but a commodity. "The competitive aspect of having the product is probably lost, so you have to focus on efficiencies, outsourcing, low prices, and tight margins," Dr. Langer says. Alternatively, organizations need to innovate to be back at the lower end of the S curve.

As the S curve shrinks organizations have to digitize, Bandrowczak says. "The reality is that technology is impacting us in ways that we have not thought of before as consumers, as an enterprise, and in the geopolitical landscape," he says.

Xerox is a business best known for printers and copying hardware devices; Bandrowczak says digitization has fundamentally changed the business as it responded to the falling demand for paper-led business practices. "It was an opportunity. Now we are thinking about the content before it gets onto paper and how do we drive digital transformation in and around content." Bandrowczak says Xerox now provides e-discovery services to law firms, a sector that has traditionally been a high paper user but is digitizing.

"Paper may shrink or come with new business models, but those that lead in new business models will be successful," he says. Dr. Langer says this is an example of an organization that understands that technology is both a business supporter and a creator of economic value. However, Dr. Langer warns CIOs: "Most leaders still think of you as a supporter. So all IT projects should start as a business driver. IT drivers are activities that will change your relationship with customers or consumers," he says. 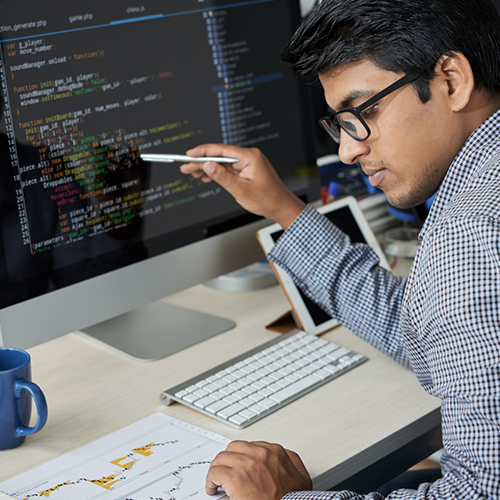 "The most valuable asset that leaders will have in the future will be the ability to drive transformational change," Bandrowczak says. "Those individuals that can look at, think about, and drive change will be the organizations and executives that will be successful."

Although much discussion of business change focuses on technology, Bandrowczak says change must have the right leadership. "Leadership is going to be critical to your personal and the enterprise's success in the future."

When Bandrowczak arrived at Xerox, the business was suffering a significant decline in revenues. "We said we have to radically change…so we created Project Own It to transform the company." Bandrowczak stated publicly that they would take $1.5 billion of costs out of Xerox.

One of the biggest challenges of Project Own It was that Xerox has a long and successful heritage. "I said, over the next three years if we do nothing, then the profit margin will decline based on the current erosion of the market, and that we need to create a frictionless and easy to do business with organization, so that customers and employees have a better experience."

Interestingly, Bandrowczak knew the people within Xerox were best placed to deliver the change: "We didn't bring external skill in; we had the skills inside the business and just needed to give them a chance. I kept using the examples of the consumer world and how easy it is to do online banking or interacting with content."

Bandrowczak says this created a sense of urgency, and then he and the leadership team were able to communicate a vision of what the end of the journey would look like. On a practical note, Bandrowczak advises CXOs to create a transformation office that board members and the CEO are part of.

So what leadership skills are required? "Don't think about leadership as something that is static; it's something that you always have to work on." Bandrowczak adds that to be a transformational leader requires comfort with a high degree of risk. "It can be fearful; if there wasn't risk and fear, that means you are comfortable, and you are not driving change.

"Change is hard, and you need to have empathy," he says of how transformation leaders are well aware of the needs of the organization's staff and are able to support them through the change. "Maybe only 10% of the organization is going to understand the change, so you need empathy. We had tremendous resistance, and it took a bit of time to get everybody on board with the vision.

"I always try to bring people along, but there are certain points where people are blocking so hard that they are causing disruption, and they will never change; 30% of most organizations will adapt very quickly, 30% need some help, and there are 30% that will never change. You have two types of people in any organization: people that will drive with energy and passion, and you have those that just suck energy. Sadly the people that suck energy, suck energy faster than it is created."

With most transformation projects being delivered using iterative methods, Bandrowczak says this requires a change in leadership style. "Make sure that you reward and communicate successes, don't wait until the end of the project; success drives success. If people hit a milestone, they are excited, so celebrate the milestone and get momentum to drive your project." 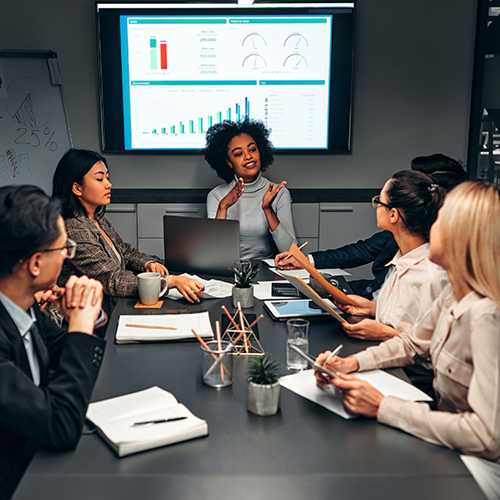 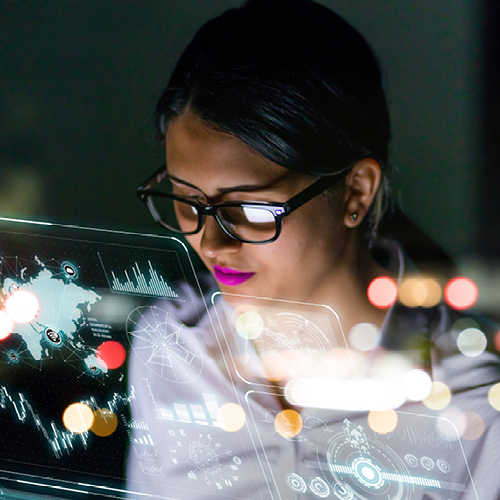 Responding to the Worst

Not all transformations are an option. The Covid-19 pandemic disrupted all businesses and led to a drastic need for transformational leadership. "We had no choice during the pandemic, so we had to think differently," Bandrowczak says. The most significant transformation at Xerox was that product development went from a typical five to seven years to five to seven months. Xerox was one of many companies that realized it could use its expertise as a maker of printers and copiers to manufacture respirators, which there was a global shortage of as the Covid-19 virus spread across the world. "We took a look at the capabilities, and the assets that we have, which are manufacturing, intellectual property, engineering, and technology," Bandrowczak says, and within eight weeks, Xerox had made its first ventilator. "There was a sense of urgency, and everybody was aligned to the mission of saving lives."

The creation of a ventilator led to Xerox realizing it could deliver transformations at pace and needed to in order to protect the business. "We have service technicians that go out into the field, but in the pandemic, customers didn't want us on site. So we launched Xerox CareAR, an Augmented Reality (AR) service which kept our technicians and customers safe." CareAR enables Xerox customers to service their devices themselves, with augmented support from Xerox technicians via mobile devices. "A lot of the technology existed, such as the iPhone or iPad as well as the infrastructure, and we took them and created a service platform that has revolutionized how we think about service. ," Bandrowczak says. It took Xerox just six months to create CareAR, and the service continues as a business offering. "CareAR addresses customer challenges of reducing downtime, personal safety, a skills gap, and improved efficiency.

"The ability to aggregate technology that you don't own will become more pervasive," Bandrowczak says of how Xerox used the same thinking of Uber to create a new business line. Bandrowczak and Dr. Langer both state that transformation will increasingly rely on leaders that can see, like Xerox and Uber did, that technology is out there in society and businesses, and by connecting these technologies together, new services can be offered, whether hailing a ride or fixing a paper jam. A final word to Bandrowczak on what a transformation leader has to deliver: "When doing business is as easy as using Amazon or Uber, then we have reached our goal."

If you enjoyed this synopsis and are interested in attending a live Masterclass on Transformational Leadership, please email masterclass@nutanix.com