Doing it Right: 5 Tips to Transform your Team

Struggling with high IT staff turnover or dissatisfaction in the ranks? Find out how to get back on track.

Enda Kyne knows a thing or two about transforming IT teams. In 2017, he joined Dublin-based FBD Insurance, one of Ireland's largest property and casualty insurers, as the Chief Technology and Operations Officer. While his primary mandate was to implement technology to leapfrog competitors and improve the customer experience, he also inherited management duties over a massive “lift and shift” project begun before his arrival that was struggling to make adequate progress.

Add to all of that an IT staff turnover rate that was much higher than average and mounting company-wide frustration with the IT team, and it was clear Kyne faced an uphill battle. 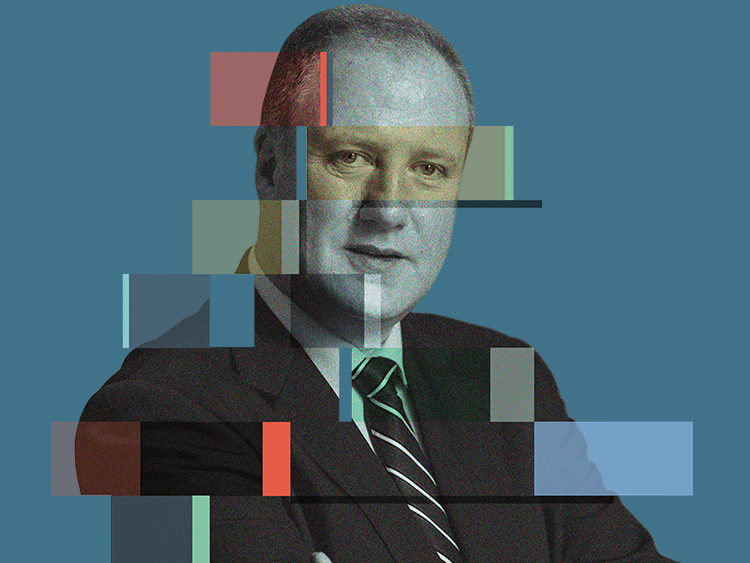 Kyne’s experience of more than 30 years in IT—20 of those in consulting—helped him turn things around. The lift and shift of the old platform to the new platform was planned to be completed by the end of 2019. He implemented hyperconverged infrastructure as well as cloud technologies to enable the business to do much more than they’d originally planned for. He succeeded in creating strong bonds between the technology and business teams and helped significantly improve IT’s image across the organization.

Quite the challenge, but that’s not all. He also managed to decrease overall IT spend by 10% while increasing capability and flexibility—and got the staff turnover rate to a low single digit percentage.

Here are the five strategies Kyne used to turn his IT department around:

1) Don’t be afraid to slow down and gain clarity.

One of the first things Kyne did in his new role at FBD was to slow down the lift and shift project and rework priorities. “I said, let's just calm everything down and get clarity on what needs to be done so we can pick the right solutions and technologies. We needed to work with business stakeholders and fellow leaders to map out our strategy as a business, then find the technology to drive that.”

The original priority for the project had been simply to get it done as quickly and cleanly as possible. But Kyne and other company leaders recognized they had a unique opportunity at this point in the process to redesign and redevelop their core insurance products to future-proof them and make them more flexible for the business.

Because IT had been driving the new platform development, the old plan was very focused on engineering. “It also created quite a strong future dependency on the IT team to be able to do rate changes and rule changes in the future,” he says. Kyne directed his team to make the system more configurable and easier for business users to implement changes on the same day without significant engineering input.

Kyne instituted more fact-finding sessions to make sure IT was clear on the requirements for each part of the system. They asked business stakeholders more questions: What does success look like? What would you do differently? How would that affect the business? How does it change the way we work with our customers, colleagues, suppliers or regulators?

For IT to be successful, Kyne believes, it’s not so much about the engineering. It’s about the impact it makes.“The most successful IT is invisible,” he says. “Our job is to deliver the best possible solution we can that enables them to execute on their tactics and strategy really quickly, but without a dependency on us. If our business colleagues can’t be successful, we're not going to be successful.”

"I MUST have scores on the board. It’s a sporting term that means the only way you REALLY build trust is to deliver. And you deliver as right as you can the first time."

2) Build partnerships within your organization.

A project slowdown could be a risky move for a new CTOO, but Kyne succeeded because leadership was on board from the beginning. In fact, they’d brought Kyne into the company to effect change. “They were willing to take that journey with me and put trust in that as well. ”Their support helped smooth the way for IT to take the time it needed to make the right changes.

Kyne also built positive relationships with the business units by creating change teams for each department, made up of IT staff and a department representative. Together, they would hammer out the requirement details. “So underwriting, for instance, or marketing now had someone on the team who represented their interests and articulated their requests,” he says. “But they also gained understanding of how we work and how projects work, so it was easier for them to fill in the blanks.”

The change teams created a more honest, down-to-earth environment where people could share information and ask questions. “We started to get more staff moving between business functions and IT so that everything was more open,” Kyne says.

He now has business colleagues working on his test teams. Not only does that create relationships and understanding between IT and other departments, it has also opened channels of communication. “I’ve got trusted colleagues now in business teams who I know will call it honestly, ”Kyne says. ”And that’s really important.”

For Kyne, building trust of the business units is critical. “I must have scores on the board,” he says. “It’s a sporting term that means the only way you really build trust is to deliver. And you deliver as right as you can the first time.”

Soon after his arrival at the company, Kyne began inviting his senior managers to business stakeholder meetings. “Instead of me just being in a meeting, talking about priorities, my senior managers are the ones doing the interacting. This does two things. One, it says to the business units that IT is a team. As an individual, I can only do so much. The team is how we do things. Two, it gets my managers more committed to the projects.”

It also provides his IT colleagues with opportunities to develop their careers and have more impact in their jobs. It helps the business units get acquainted with more people from the IT department and helps them realize they’re real people who are trying to get work done like everyone else. The change improved IT’s brand significantly and changed how non-IT colleagues interacted with the team. “It became a lot less fraught, a lot less formal, and an awful lot about doing things together,” says Kyne.

Other changes enhanced collaboration between IT team members. Gone were the high dividers between desks, so now the space was more open and coworkers weren’t siloed in cubicles. He created a specific behavior about going to talk to people face to face—including non-IT colleagues—whenever possible, instead of sending emails.

While Kyne and his team were developing applications and reworking systems to improve outcomes, they sometimes ran into knowledge gaps. Instead of hiring a consulting firm to provide the information, Kyne rebalanced IT’s training budget and sent staff members themselves to various conferences. This gave IT staff opportunities to see a lot of different solutions in action.

Kyne would then encourage them to talk to people at the conferences and learn more. He has a saying: “beer before, not beer afterward”—meaning that IT should go out with vendors and other user representatives before a sale, talk to them, ask questions, find out what the challenges are. Get the right information about a solution up front instead of rushing through a sale and then only going out to socialize afterwards.

“Our colleagues are coming back much more knowledgeable about what can be done and also with quite a different attitude and energy about actually trying these things out,” Kyne says.

“Try and learn” is Kyne’s philosophy when it comes to empowering his team. Trying and failing is okay; it’s still a learning opportunity. Asking questions is also important. “What assumptions have we or our business colleagues made about why something might work or not work with our customers or products?” Kyne says. “And then we validate or invalidate those assumptions quickly.”

Kyne began setting up hackathons every quarter for IT, to give them opportunities to exercise their creativity and work on projects just for fun. The events were so successful that many colleagues from the business units also participate these days.

“It might not seem like a huge deal,” Kyne says, “but it’s been really transformative in how people think. And the energy and our staff retention is excellent.”

5) Instill a sense of job satisfaction.

Dublin is a huge tech market, and most big corporate IT companies have a center there. Competition for the best engineers, project managers, and business analysts is fierce. Kyne says FBD Insurance’s pay scale is at median for the market, so he attracts new employees by emphasizing the impact their work can have.

“I say, we have an opportunity here to decide our futures because we’re building new technology the way we want it,” says Kyne. “It’s in a complex, regulated environment in a really vibrant market in terms of general insurance. And because we’ve changed the way we work, we can see the impacts of that very quickly.”

More than giving employees the ability to write on their CV that they are a great Java developer or a really good DBA, Kyne believes it’s more valuable to give them opportunities to talk about what problems they’ve solved, what story they are creating for themselves. “Say that you saw a significant problem internally with our software. You found a new way of working and engineering what we did. You enabled customer delight and saw customer satisfaction ratings soar because of the work you did. That’s a much better manifestation of your work.”

Kyne wants to hire people for a career, not simply for a project. He’s instituted various “quality of life” changes in the department that make it nicer to be at work every day. The dress code is now casual, changed from mandatory suits when he arrived. Employees have flexible start and end times and can also work from home. Sports and social committees allow people to socialize outside of work and build relationships that serve them well in the office.

Another benefit to sending his people to conferences, Kyne says, is that they talk to people who work at other companies and get a feel for other working environments. “They find out that they have the same concerns our crew might have here about doing things, but also that we are actually quite leading edge and that we have as much fun, if not more fun. A lot of our folks say they have a much better work-life balance here than people who work for some of the major brands.” 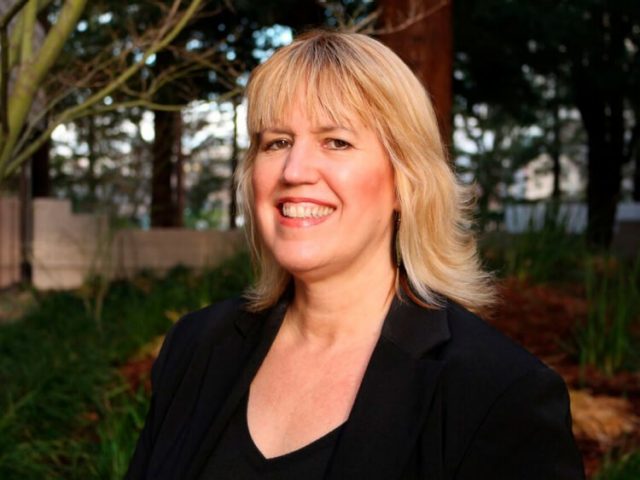 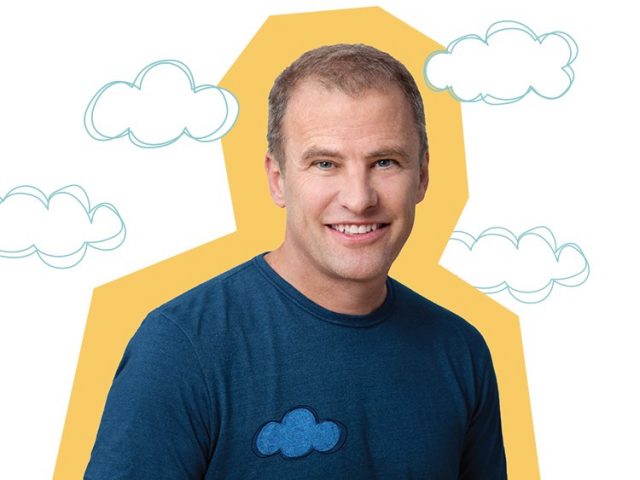 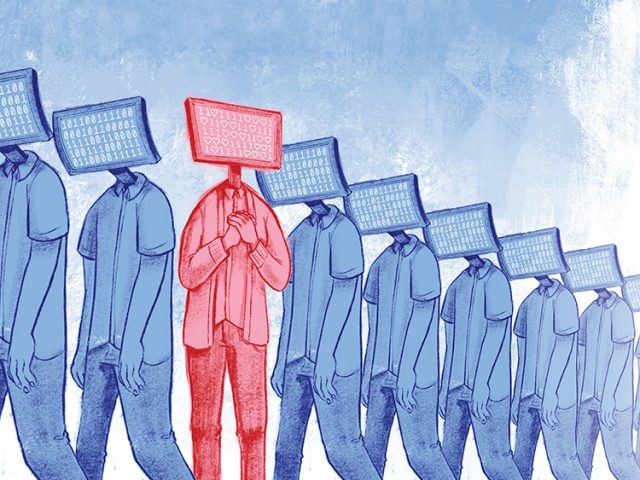 Coders with Heart can Change the World