Futurist Sheryl Connelly of Ford Motor Company: What Business Will Look Like in a Post-Pandemic World

Businesses continue to grapple with unprecedented challenges brought about by the Covid-19 crisis. What the future will look like, no one knows. But in the midst of all the uncertainty lies opportunity.

According to Sheryl Connelly, Chief Futurist at Ford Motor Company, forward-thinking organizations are taking steps now to prepare for the new reality that will take shape once the crisis passes, and applying lessons learned during the pandemic. Having served as Ford’s Futurist for more than a decade, Sheryl is responsible for identifying global trends, exploring potential implications and cascading these insights on “futuring” to organizations throughout the company, including design, product development, and corporate strategy. Additionally, she serves as a member of the Global Advisory Council on transportation for the World Economic Forum and has been named one of the “Most Creative People in Business” by Fast Company, twice. She is a featured speaker at TED Global, and has appeared on CBS This Morning, CNBC’s Fast Money and NPR’s All Things Considered. 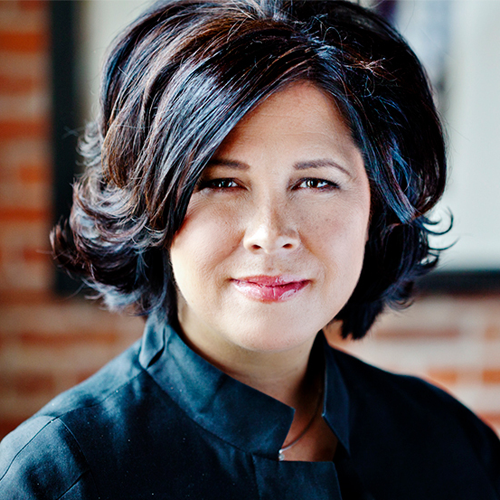 In a recent Cloud Council episode, we asked Sheryl Connelly to share her thoughts on the impact of uncertainty on today’s business environment, and how leaders can help organizations ensure future success.

Q: Tell us a bit more about your position as the chief futurist at Ford Motor Company

No one can predict the future, and yet we all do it subconsciously. When you make an investment, you assume it'll pay off in the long run. Businesses tend to believe that once they are successful, that will guarantee success going forward. Of course, that's not always the case. So, my job as a futurist is to serve as a contrarian and help people think through what the consequences will be if they haven’t made the right assumptions. How resilient will their plan be if things go off the rails?

COVID-19 and other unprecedented current events mean that now more than ever, organizations need futurists. This individual may not have the title of “Futurist” — they may be called Strategist or Consumer Insights Specialist. But their role is to analyze how the business is or should be responding to change.

The world was caught flat-footed by COVID-19. I'm not saying that it could have been predicted, but it should have been anticipated. For decades, experts have been warning us about the possibility of a pandemic. We had SARS in 2003, the Avian flu in 2004 and the Swine flu in 2009. Then we had MERS around 2013 and Ebola after that. These were warning signals that there could be a major disruption. Yet organizations never thought about how they might respond, and they weren’t prepared. The silver lining is that we now have an unprecedented opportunity and incentive to accelerate innovation.

Q: What are the leadership imperatives to inspire and motivate teams to be productive during the crisis?

You can't lead if you don't have the ability to inspire people. Leadership without inspiration is just management. You also have to be transparent, honest, and consistent.

In many ways, the crisis is bringing out the best part of humanity. I have been inspired by the stories of courage, generosity, kindness, and the innovative ways people are staying connected. For example, one woman devised a way to hug her mother on Mother’s Day by stringing up plastic on a clothesline across her backyard. Some people are sitting outside windows at hospitals, retirement homes, and rehabilitation centers reading stories to seniors. There have been many acts of kindness toward strangers, as well, honoring first responders and thanking postal workers.

Similarly, some organizations are meeting with their entire workforce on a weekly basis to disseminate information about the virus and their response to it. I don't think that leaders always have to have all the right answers, but I think they must have clarity of purpose, and consistently and frequently communicate.

Q: Many feel that for the first time, their work lives and personal lives are coming together. What are your thoughts on that?

In her book Dare to Lead, Brené Brown asserts that great leaders are willing to be vulnerable, because vulnerability takes courage. Today, people are sharing their vulnerabilities on so many different levels. So often in the business world, we work hard to craft a persona and put a professional face forward. But when you’re working at home and the laundry is stacking up, the dogs are barking and the kids are fighting, you can’t hide that. Others see it and think, “I’ve been there, too.” Most of the professional emails I get these days begin with “How are you and your family?” They have the tone of “Let's talk about what's important before we talk about what the business needs.” We’re starting to see each other as our whole selves, beyond being simply units of productivity.

And I find comfort in the fact that I’m not in this alone. Every single person in the world is dealing with the pandemic. We don’t have to struggle through it as individuals; it’s a collective experience.

Q: What impct will COVID-19 and other current events have on society and business in the long-term?

In the wake of COVID-19, it mattered to consumers how brands spoke about what they were doing to address it. The messages that seemed to resonate the deepest were the ones that pivoted from selling to saying “We’re in this together.” The first one I noticed was Burger King, whose message was “You’re probably not thinking about us, but we’re thinking about you.” That message spoke to me.

Likewise, as we examine the systematic problems that led to the current social unrest, people want to know where companies stand on the issues. As with the pandemic, there were warning signs for this, too. Look at what happened with the NBA and the Hong Kong protests. There was Colin Kaepernick taking a knee during the national anthem at the start of football games and the NFL’s response. There was the controversy with the NRA. These are all examples of brands never intending to step into the middle of a political, cultural, or social debate but suddenly finding themselves at the center of it.

I think it's a really great lesson for us as leaders to consider where we stand on issues before we’re called to take a stand. Whether you choose to make it public or not is up to you and the organization, but you need to have clarity ahead of time, because you may not have time to sort it out once you find yourself in the spotlight.

Q: Will there be a long-term shift in how we live and work?

I don't think it will ever be the same. Much to my surprise, I enjoy working from home, and I'm actually working harder. I hadn't realized how much time and energy it took to get ready and drive to and from work every day. I estimate I'm saving about three hours per day. Particularly as a woman, I spent time choosing my outfit and putting on makeup. None of that is important now, and I wonder if I’ll care about those things as much once I return to the office. How I look hasn’t changed the quality of my work or my interactions with colleagues, so why was I spending so much energy on it?

Q: Now that most people are working from home, some live by themselves and may be feeling even more isolated. What does that mean for society now and in the future, and how do we combat the epidemic of loneliness?

As it turns out, loneliness has very little to do with proximity to other people. In fact, 50% of younger people say they feel alone even when they’re around others. I think loneliness has to do with not being seen, heard, or understood. When you're around people who misunderstand you or misinterpret your intentions, it can feel like a very lonely world.

Technology definitely plays a part in this trend. The American Pediatric Journal reports that people who spend two hours or more a day on social media are twice as likely to feel lonely than those who keep social media engagement to 30 minutes per day, or less. Still, sometimes online channels are the best avenue for finding like-minded people.

New search engine technology applies algorithms to better understand behaviors and preferences, so when people search for something, they get relevant content. But this can be a problem, too. For example, if your politics lean left or right, you’ll only see news stories that reinforce those beliefs. This creates a news feed that serves as an echo chamber, parroting back your own viewpoints. You hardly ever see alternative viewpoints, as we did back when we had access to the Sunday paper, which covered diverse opinions.

Today we live in a world that’s increasingly polarized, and when we disagree, there’s little appetite for discourse or finding common ground. It’s come to the point where we assign values to someone’s beliefs, so that if someone disagrees we may label them as a “bad person” or someone with a faulty value system. To address this problem, we need to return to a basic leadership skill: listening to learn. 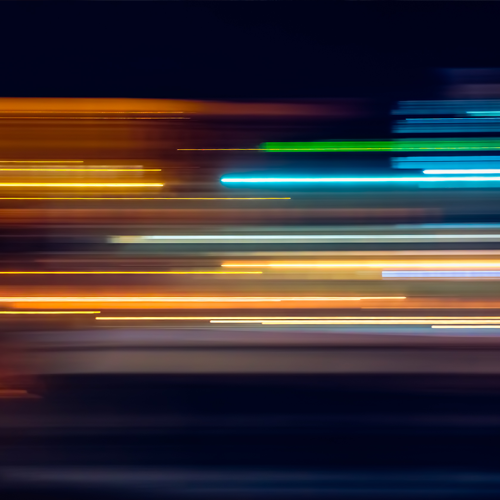 "First, leaders have to listen and learn from their teams. Next, they should coach along the way. Then, they should advocate for the people that work for them. If you deliver on all four of those steps — listen, learn, coach, and advocate — then you have the right to lead."

Q: What should leaders be thinking about now as we prepare for a post-pandemic world?

First, leaders have to listen and learn from their teams. Next, they should coach along the way. Then, they should advocate for the people that work for them. If you deliver on all four of those steps — listen, learn, coach, and advocate — then you have the right to lead.

Today, mistrust in business, government, and media is so high. The Edelman Trust Barometer that comes out every January shows that people trust their employers the most. You might not be able to control what your congressman does or what the media says, but you can choose whom you work for, and people want to make sure that their employer’s values align with theirs.

This alignment is especially important for the youngest generation — the generation that has no “golden handcuffs,” no pension, nothing that's going to keep them tied to an organization. They want to be inspired and know that they're contributing to a greater cause. When they are, they’re happy, and happy employees are productive and innovative. Creating this environment sets the stage for all of the good things an organization wants to accomplish.

This interview has been edited and condensed for the purpose of this article. The full, unabridged interview is available here. 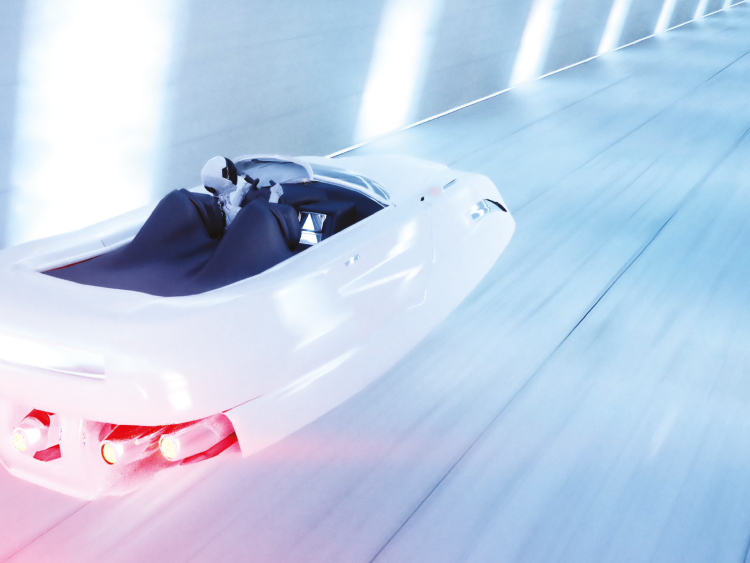 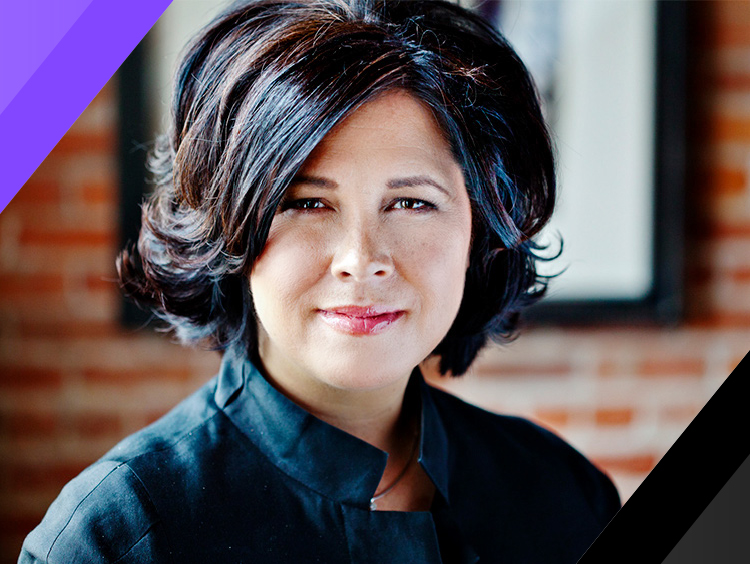 Innovation in Times of Uncertainty