Best-selling author and technology workplace researcher Gene Kim talks about his new book, The Unicorn Project, and how the DevOps movement is revolutionizing how IT organizations bring business value.

DevOps has been described as the realignment of IT around business value. Gene Kim sees it as a management approach that’s more agile and boundary-crossing than traditional command and-control methods built around siloes. He said this new DevOps approach helps developers and operations professionals work faster while maintaining secure and reliable IT systems. But it’s much more than that.

Kim is an author, researcher, former CTO, and founder of security company Tripwire, and a devoted advocate for IT best practices. He thinks the world is still a long way from exploiting the true promise of technology, and this drives him to find answers everywhere he goes. 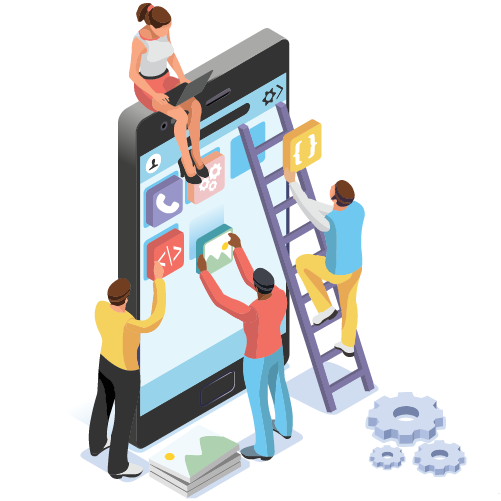 About the Author: Ken Kaplan is Editor in Chief for The Forecast by Nutanix. Find him on Twitter @kenekaplan.

He co-authored The Phoenix Project, a best-selling fiction book that describes the challenges of dealing with legacy IT and rebellious human nature that sparked the rise of DevOps. His non-fiction The DevOps Handbook is a go-to guide on the subject. His 2019 release, The Unicorn Project, is a fictional tale about developers and business leaders who join forces in a race against time during a period of unprecedented uncertainty and opportunity.

Decades of research show high performing technology organizations collaborate across teams with different specialties. This is at the core of DevOps, and he said it’s playing a bigger role as companies deal with digital transformation.

“DevOps is a set of cultural and technical practices and cultural norms that allow us to deliver application services quickly to customers while preserving world-class reliability and security stability,” said Kim, at the Nutanix .NEXT 2019 DevOps event in Anaheim, CA.

Ten years ago, most people believed that was impossible.

“These days it’s increasingly commonplace in not just the tech giants like Facebook, Amazon, Netflix and Google, but in every large, complex organization out there.”

The Phoenix Project outlines what the world was like before DevOps. Kim said new software and hardware releases are scary now but were much worse a few decades ago. IT teams would take months to prepare and often weeks to execute properly.

“It was a risky activity that would cause fear and tsunamis of unplanned work, if not a catastrophe,” he said. “Often it came at a huge cost and toll on every one involved.”

That meant the people inside technology organizations and their company’s customers.

He said whenever updates don’t take or digital releases go wrong, they inflict bad experiences on customers, and this must be avoided.

Psychological safety is as important to the knowledge worker as physical safety is to the manufacturing worker. You can't do great things if you have a culture of fear.

Always In A Deployable State

Things have improved even as new technologies and updates occur more frequently than ever before. Software and hardware companies are better at preparing and delivering new updates. And IT implementers now make new releases part of their daily work, said Kim.

“The notion is that we can deploy when we want to, multiple times a day, without drama, chaos, confusion, and disruption,” he said. “It might not be something that the customer sees all the time, but it means that we're always in a deployable state.”

Kim said every day, DevOps teams are deploying or staging new applications and services. Maybe it’s a test environment, where customers or users can try things out before they’re generally available.

“It becomes really a business decision whether to release or not,” Kim said, “as opposed to a technology decision where the question was always, ‘Can we?’ or ‘When are we able to?’”

Kim sees enterprise software evolving to become more like Gmail, where things are changing behind the scenes all the time with little or no downtime for users.

He said consumers are already used to this. Whenever a mobile device manufacturer or a wireless services provider pushes an update, they just accept with a click of a button.

“Sometimes it might baffle us and it's like, ‘Where did my button go?’ But I think we now accept it as a part of daily life: software updates. In general, that’s a good thing.”

In The Unicorn Project, Kim describes the feelings and motivations that drive DevOps today. The book outlines five ideals: locality, outcomes, culture of innovation, psychological safety, and focus on customers.

A sense of locality, that everything is at our fingertips, is critical.

“Everything that we want to work on is at hand within our team, within the small area of code, as opposed to scattered everywhere,” said Kim. 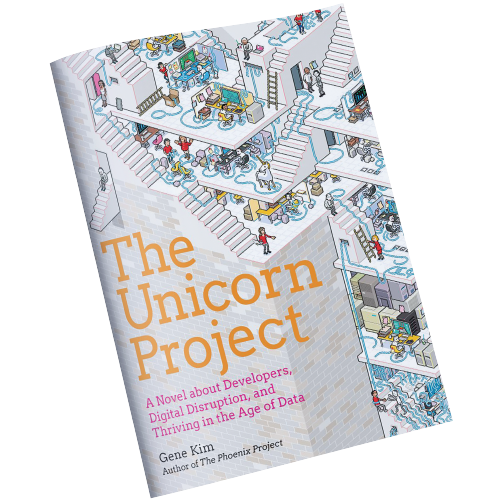 He said shifting to DevOps puts the focus on outcomes, workflows, and joy for the work, as opposed to boardroom drudgery, fear, and panic that comes from having to recover from failure.

The third ideal is creating a culture of innovation.

“That means prioritizing the improvement of daily work over daily work itself,” he said. “The opposite of that is accumulating technical debt for decades then we go slower and slower.”

The fourth ideal is ensuring a culture of psychological safety.

“Psychological safety is as important to the knowledge worker as physical safety is to the manufacturing worker. You can't do great things if you have a culture of fear.”

The fifth one is a ruthless and relentless focus onthe customer.

“This is in contrast to focusing on our silo,” he said. “In that mode, we think and act more like union leaders than we do business leaders. Greatness comes from really focusing on those customer needs.”

When he watches his kids learn to code and build webpages in a matter of minutes, he sees them adeptat handling very fast feedback. They're used to a kind of freedom and joy that comes from using new, responsive technologies. He said this is increasing expectations for systems and work environments that make almost anything possible.

“That's great for productivity,” he said. “It's great for employee engagement. It's better for the customers we serve. This is a good thing.”

In a decade from now, Kim believes academics will say DevOps was something genuinely transformative beyond technology itself. He sees DevOps as the next mode of management, beyond command and control approaches that have dominated management for the last hundred years.

“I think they'll say it was a subset of dynamic learning organizations, of which the most famous is Toyota,” he said. “The Toyota production system is the most famous example of a dynamic learning organization, where learning is part of everyone's job and the job of the leadership is to make sure that they create a workforce that can out-learn the competition. I think that's magnificent and really sets our sights on how great this will be.”

He said it’s no secret that everyone wants less hierarchy and fewer rules, yet most organizations still cling to old ways.

“A whole bunch of schools of thought say that this (DevOps approach) is the way we're going to create genuine organizational learning.”

This highly anticipated follow-up to the bestselling title The Phoenix Project takes another look at Parts Unlimited from the perspective of Maxine, a senior lead developer and architect, as she is exiled to the Phoenix Project. This is a story about rebel developers and business leaders working together and racing against time to innovate, survive, and thrive in a time of unprecedented uncertainty...and opportunity. Get a sneak peek at the book here, available for purchase later this fall!

“Maxine’s one of the most senior engineers in the company, and she’s been assigned to us for a couple of months to help us. She’s the lead architect for the manufacturing ERP systems. Can you show her what she needs to know to get productive around here?”

“Uh, hi, Mrs. Chambers, nice to meet you,” he says, holding out his hand, looking puzzled. He’s probably wondering how he ended up being responsible for someone who could be his mom, she thinks.

“Nice meeting you,” she says, smiling. “Please, just call me Maxine. And my friends call me Max,” she adds, even though it usually irks her when her daughters’ friends call her by her first name. But Josh is a work colleague, and she’s glad to have a native guide who can show her around. Even if he’s not even old enough to drive, she jokes to herself.

“Okay, let me know if there’s anything you need,” Randy says. “Maxine, I’m looking forward to introducing you to the rest of the team. Our first staff meeting is next week.”

Randy turns to Josh. “Tell me more about the build failures.”

Maxine listens in on the conversation. The more she hears, the worse she feels. All those stories about caveman technical practices in the Phoenix Project are actually true. She’s learned over her entire career that when people can’t get their builds going consistently, disaster is usually right around the corner.

She looks around at the entire floor. Over a hundred developers are typing away, working on their little piece of the system on their laptops. Without constant feedback from a centralized build, integration, and test system, they really have no idea what will happen when all their work is merged with everyone else’s.

Josh spins his chair around to Maxine. “Mrs. Chambers, I’ve got to go show Randy something, but I just emailed you what we’ve got in terms of documentation for new developers—it’s the wiki pages where I’ve assembled all of the release notes we’ve written and the documentation from the development teams. There’s also links to the stuff we know we need to write. Hopefully that will get you started?”

Maxine gives him a thumbs up. As they leave, she logs in with her new laptop and is able to get in and open her email, miraculously working the first time. But before looking at what Josh sent, she pokes around to see what else they’ve installed on her new laptop.

Immediately, she is mystified. She finds links to HR systems, network shares to company resources, links to expense reporting system, payroll, timecard systems…She finds Microsoft Word and Excel and the rest of the Office suite.

She frowns. This configuration might work for someone in finance, she thinks, but not a developer. There’s no IDE or code editors or source control managers installed. Opening up a terminal window, she confirms that there aren’t any compilers, Docker, Git…nothing. Not even Visio or OmniGraffle!

When they bring in a new developer, what do they actually expect them to do? Read emails and write memos?

When you hire a plumber or carpenter, you expect them to bring their own tools. But in a software organization with more than one developer, everyone shares tools to help the team be productive. Apparently here on the Phoenix Project, the toolbox is empty.

Not giving up, she opens her email to find the link Josh sent. She smiles when, as promised, it takes her to an internal Wiki page, a tool many engineers use to collaborate on documentation. (It always amazes her friends that the term “Wiki” predated Wikipedia by over a decade.)

Her smile quickly disappears as she scrolls up and down the Wiki page. Is this all of it?

If so, she is really in trouble. The “documentation” is only one page. 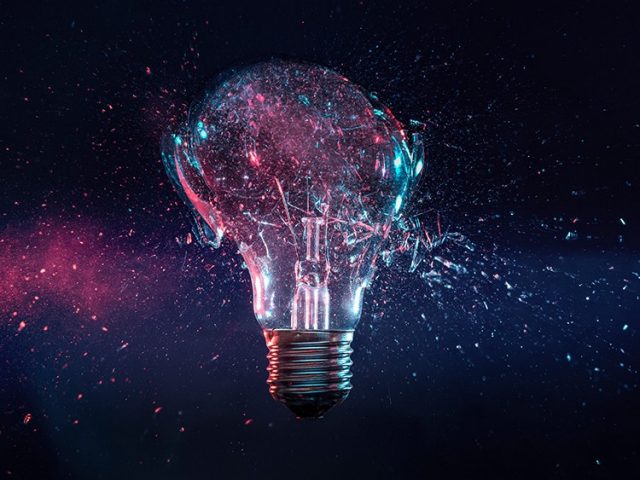 Why IT Should Sustain Failure 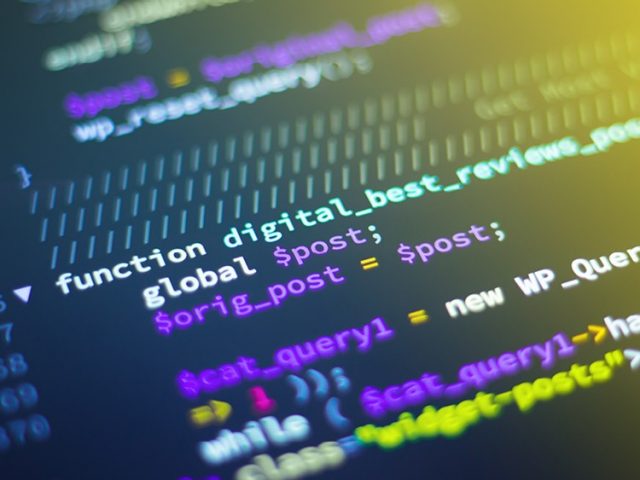 The Evolving Role of DevOps 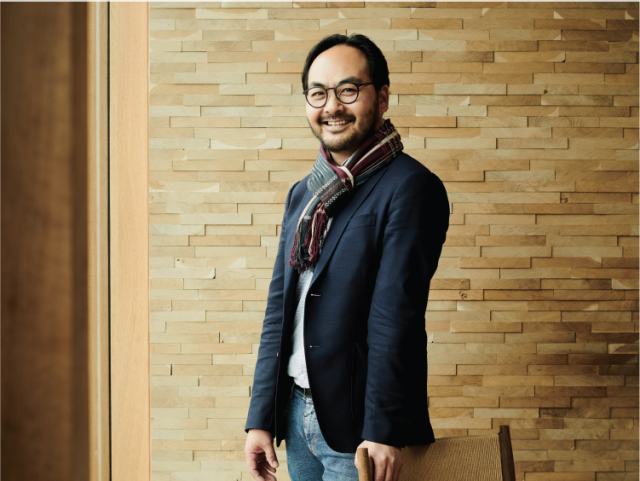 The Secret Ingredients to a Winning Workplace