Partners Betting on Nutanix for the Triple Crown 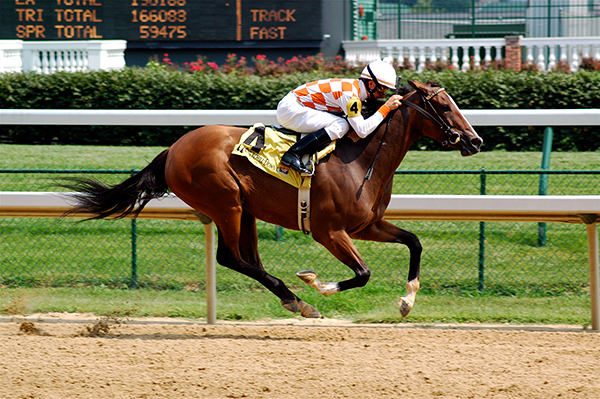 As springtime hits, it’s always fun to watch the celebration, pageantry, and traditions that surround the Triple Crown in horse racing (The only three horse races I watch for the year). It’s always amazing to me to think about the investment, the training, the time, and preparation that go behind every horse in each of the big races. I was with one of our SE’s last week, and he made the analogy of our partners being similar to horse trainers. I laughed when he brought it up, but then I thought about it some more and realized it was a perfect analogy for why they’re seeing so much success with Nutanix.

Stable of Startups: The trainers that make it to the Preakness, Kentucky Derby, and the Belmont Stakes have a stable of young horses they are evaluating, and then go ‘all in’ on the one horse that shows the most promise. Partners similarly get pitched new emerging technologies by startups (as well as by large legacy vendors like EMC, VMware, NetApp, etc.) every day. They have to decide which emerging companies give their customers something new that they can’t already get today from their legacy vendors (insert “ whiz-bang storage startup of the week” joke here). As noted in this report from William Blair, customers & partners are quickly going ‘all in’ on Hyperconverged solutions:

Which horse has the most potential? Horse trainers evaluate their stables in terms of which horse will generate the best return for their time and investment. Partners see the writing on the wall; many of their large brand name vendors’ businesses are shrinking or showing minimal growth while the manufacturers are cutting back the programs that got the partners excited about them to begin with. Baird Equity Research recently issued a report that had these gems from channel partners:

Pick your horse early: A few weeks after the Belmont Stakes wraps up, we’ll never see most of these horses again. They’re already in their prime and their future most likely entails a lifestyle of being studded out to the highest bidder. While that’s not a great ending to the story, it is the harsh reality. Nutanix is in the Triple Crown right now, and the Channel Partners that are investing are seeing a big payoff. It should be noted that the studding out process with Nutanix is also quite lucrative thanks to the fractional consumption model that customers love as it truly is “pay as you grow” vs. buying it all up front with VCE/FlexPod. When startups pitch partners, they promise them the world. Channel Partners are being rewarded by their commitment to Nutanix by seeing revenue/margin expectations outpacing all other players in this space. Additionally, partnering with Nutanix allows partners to move their sales motion upstream to the executive suite. As opposed to spending thousands of dollars to learn how to manage administrative tasks in monolithic storage arrays), Nutanix enables them to deploy strategic applications that IT can deliver to enhance the business. The right ‘horse’ should allow the Partner to become a ‘trusted advisor’ again by allowing partners to be more relevant to their customers by being able to align seamlessly with other innovative companies like Splunk, Citrix, Microsoft, etc. that drive significant value for their customers. 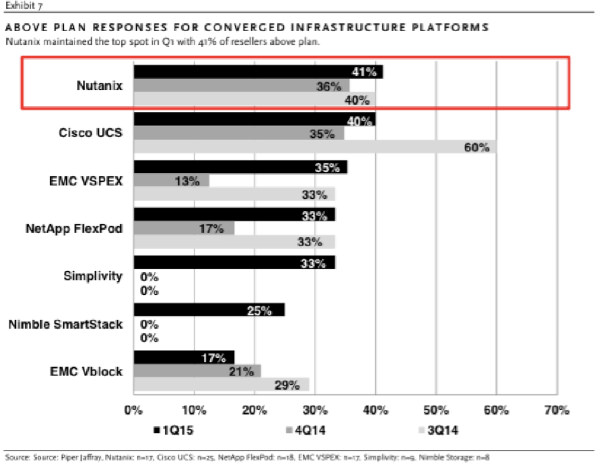 We would like to thank the partners that have bet on Nutanix so far. Our channel team is proud of what you’ve helped us accomplish. The good news is that we are just getting started, and we look forward to seeing you to plan for a long and fruitful relationship together at the upcoming Americas Nutanix NOW Partner Summit in Miami in June. We are in this together, and we will continue to over-deliver on the value you our mutual solutions bring to your customers. We will also maintain the 100% channel, high integrity Go-To-Market approach that has helped us fly out of the gates. The good news for all of us is that unlike a horse race that ends fairly quickly, we are at the onset of a very long journey that is just getting started.