The stage to Tucaman was a real challenge for the competitors and one of the most noticeable images is of the bike of Goncalves bursting into flames. 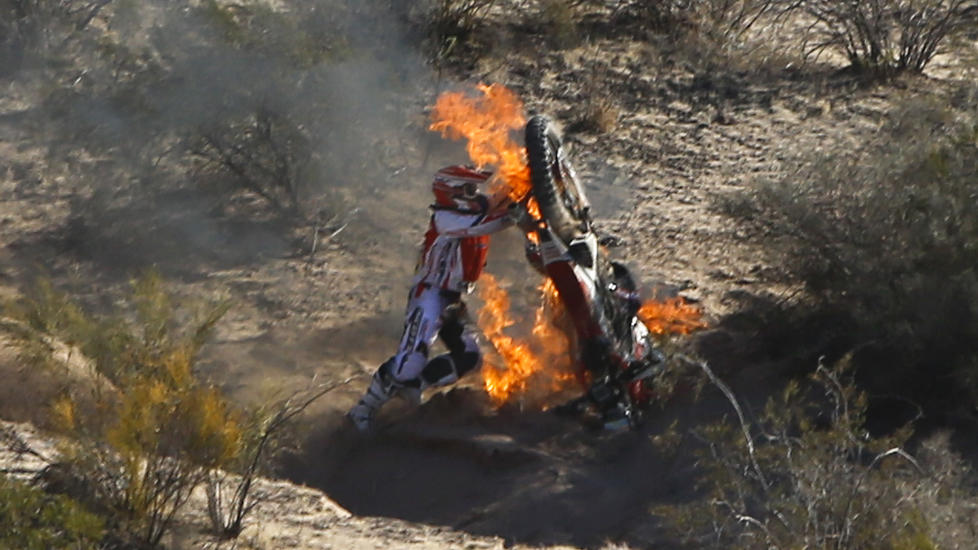 When we drove into Tucaman the main street was filled with locals, armed with buckets and hoses. They offered carwash services to the competitors. The bivouac was at a horse racing track with nice soft grass to put our tents on. The rally keeps taking competitors out in this battle to the finish. We are wondering if the prediction of 40% to reach the finish will become a reality. 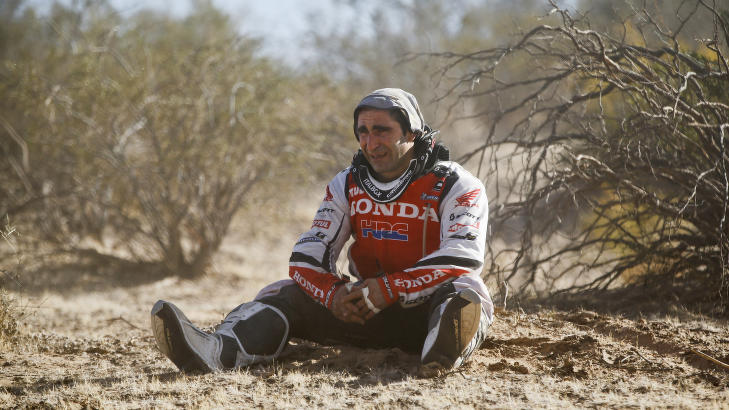 This day was an easy stage towards the rest day in Salta. There where no big problems for most competitors. The day however had a black surrounding. The news came out that a motorbike competitor form Belgium was found dead on the track by the sweeper truck. The race of Jan 9 was so heavy that 27 motorbike competitors had to give up due to exhaustion or dehydration. I spoke to one of the trauma doctors on the medical team of the organization and they found lots of them asking for water. During the stage temperatures reached 47 degrees Celcius. (117 Fahrenheit). 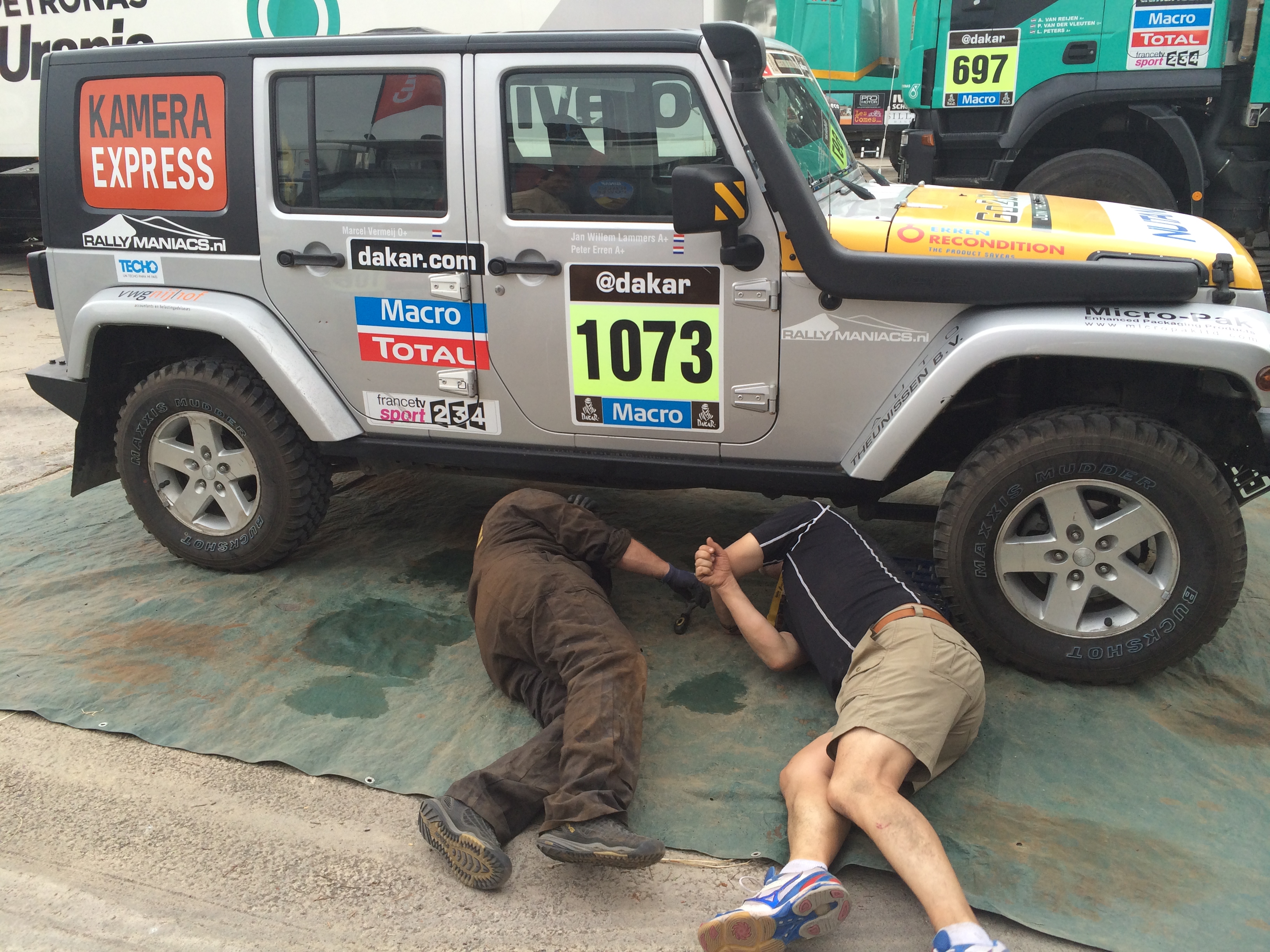 Also a local, unofficial press team drove into a canyon with 2 casualties as a result. We had our own challenges as well. We lent Peter to the Go2Dakar team. They had been working all night to get parts to Henk Theunisse to get his Dodge fixed. Peter made sure they we drove safely to the next bivouac. I drove our Jeep with Marcel to Salta but noticed strange sounds in the transmission while using the clutch. Turned out we already lost a bolt and the gearbox was almost loose from the engine.

Crazy story of the day: Henk Theunisse with the Dodge broke down in the stage of Jan 9 the team brought parts to fix it during the night over a crazy mountain track. They fixed the car and finished the stage early in the morning. They were just in time to refuel and get the new roadbook and stamp to start the next stage. A narrow escape from disqualification. He finished in Salta without issues.

Today was a rest day for the competitors. However, not for the mechanics because they have the time to do a thorough inspection and repairs. Around noon a heavy rainfall came down on us. The competitors had time to catch up on some sleep and do interviews, etc. So not a resting day for the press teams, unfortunately. We produced a lot of stories and nice images of the mechanics hard at work. 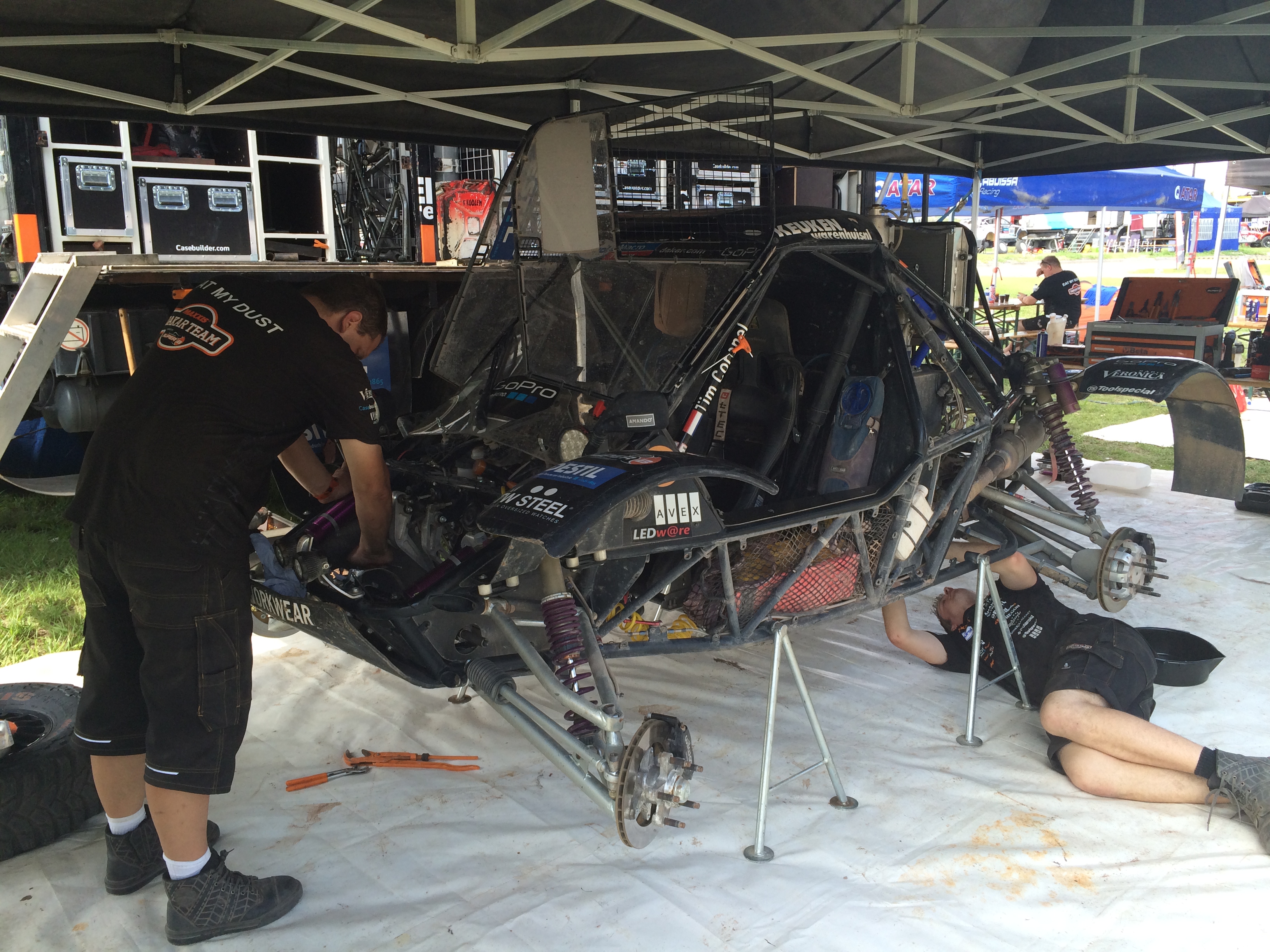 Crazy story of the day are the shocking statistics halfway throughout the rally. Below you will find the numbers of competitors at the start in Rosario versus the number that are still in the race at Salta. As you can see, this is a grueling race that shows no mercy: 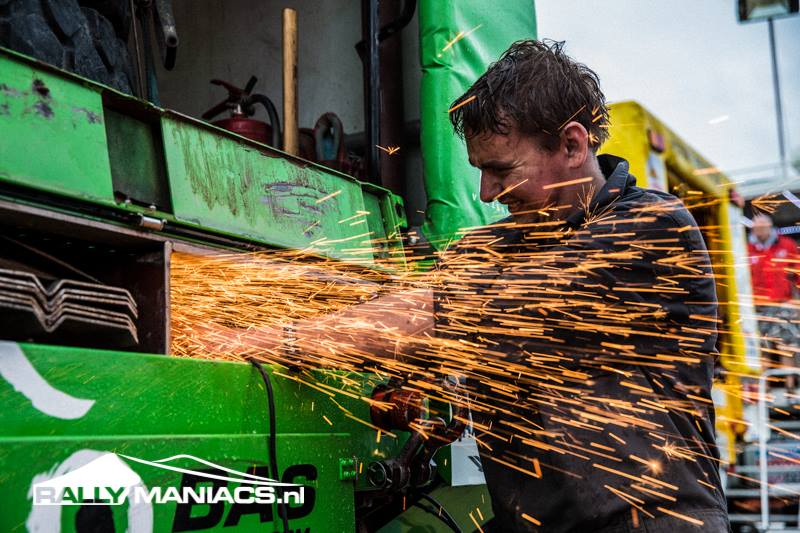