No matter how disruptive a new technology may be, if the manufacturer doesn’t provide adequate support, the company isn’t going anywhere. Nutanix strives to back our innovative web-scale IT infrastructure with world-class customer support. The efforts have paid off as Nutanix recently received both a NorthFace ScoreBoard Award with a Net Promoter Score that is off the charts for the IT industry.

World-Class Excellence in Customer Service
Omega Management Group recognized 35 companies for “Delivering World-Class Customer Service” in 2013. Nutanix was honored to be included in this elite group of companies. Nutanix is the only datacenter infrastructure company on the list. The award is based solely upon customer ratings. 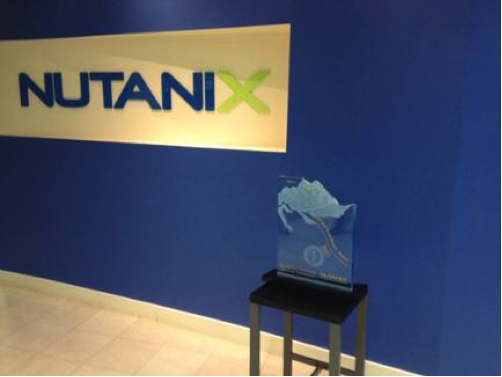 Net Promoter Score
A high Net Promoter Score is notoriously difficult to obtain. Apple, for example, despite their reputation for sterling customer service received a +42 last year. The dominant virtualization player, VMware, received a +48. Dell achieved a very respectable +37. EMC garnered a +28 and NetApp a +25. And Nutanix? A whopping +73 (and it’s now over 80). The next highest on this list of 60 tech vendors was Intel with 53.

“We have experienced an extremely responsive support and quick problem resolution from Nutanix. I have not had better support from any supplier of any kind for any development project for anything. As far as the IT industry is concerned, this level of support is extremely remarkable.”
Gregory Padak – Lead Software Configuration Manager, InComm

“Many of the changes made did not involve the Nutanix appliance, yet the support team applied a ‘holistic’ approach to the problems, and helped expose our weaknesses – and as importantly – solve them. I’ve always said Nutanix’s support is outstanding and the best I have ever dealt with.”
William Tomlinson – IT Director, Leitner, Williams, Dooley & Napolitan, PLLC

Social Media
Nutanix VP of Operations, David Sangster points out that 80% of customer service related tweets are negative or critical. This contrasts with a survey showing that 80% of big companies claim that they deliver “superior” customer service. But as David also points out, a New York Times survey reported that customers rated only 8% as delivering a superior customer service level. Nutanix consistently receives strong social media validation of its technology and support.

Nutanix Next
On March 11, 2014, Nutanix launched a new online community, Nutanix Next. While not specifically a support medium, Nutanix Next does provide a forum for partner and customers to interact directly with Nutanix engineers, developers and other staff members as well as with other members of the Nutanix community.