The Why: Simplify, Eliminate Silos & Consolidate

A key attribute of an enterprise cloud is making the complex invisible: Functionality deploys in minutes, seamlessly expands, self-heals on failures, upgrades with a single click without service disruption, and the list goes on. AFS brings this much needed simplicity to what is traditionally an IT silo – file storage. Running on the same Nutanix infrastructure running user virtual machines, AFS obviates the need for stand-alone NAS appliances, allows for infrastructure consolidation and collapses yet another use case onto Nutanix infrastructure.

The What: AFS Details

Available through a non-disruptive software upgrade across all Nutanix platforms, AFS is deployed and managed from Nutanix Prism in a matter of clicks and helps address the complexity challenges that IT administrators are all too familiar with when dealing with unstructured data. AFS is highly available by design, without performance or capacity bottlenecks, and highly scalable. Customers also realize all of the same benefits of DSF – intelligent tiering, deduplication, compression, erasure coding and native data protection.

With a cloud service-like deployment model, customers can enable AFS at any time on their current or new Nutanix clusters, grow or shrink the AFS footprint, but maintain fine grained control and security of their on-prem infrastructure.

AFS inherits all of the core capability of the Nutanix DSF and additionally delivers several features to better manage unstructured data. The first release focuses on user data like home directories, user profiles and department shares. Key features include:

Integrated with Active Directory, AFS will add several more features focused on users and applications in the next release.

Traditional NAS deployments are complex and require that administrators go through several low value activities to get the system operational. One has to setup RAID groups, aggregate storage, create volumes and layer on a file protocol, to name a few. These activities must be repeated every time the NAS appliance is expanded or a new appliance stood up. 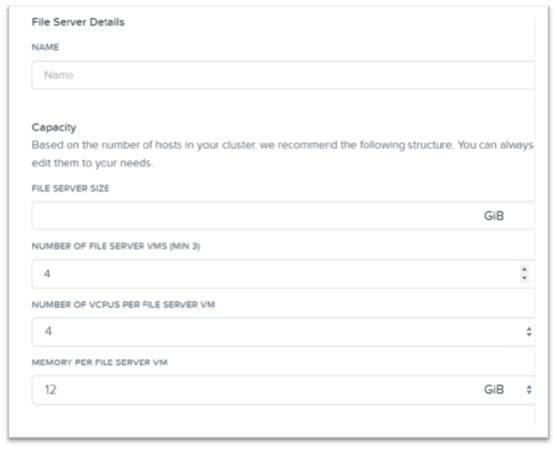 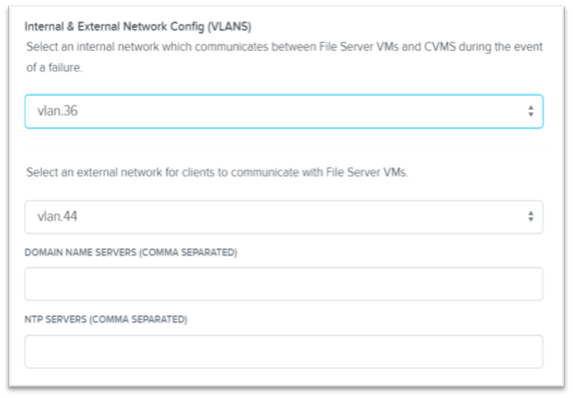 And finish with AD details and credentials: 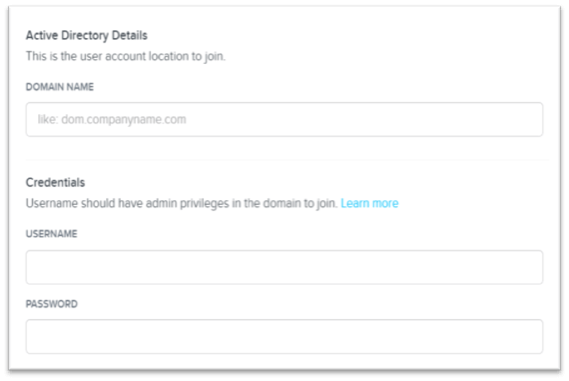 At this point the AFS service is enabled and customers can begin serving files to end users and applications.

Traditional NAS appliances are typically purpose-built for file serving and are therefore a poor choice for other kinds of data, contributing to the problem of infrastructure silos, each provided by a different vendor requiring different expertise to manage. Contrast this to Nutanix, with AFS, taking a consolidation approach to infrastructure management.

Application VMs, end-users (VDI) and files typically scale in-step. As new users are brought onboard, the file storage for home directories, user profiles and corresponding department shares all need to grow. The same holds true for applications which require file storage for logs and other unstructured data sets. 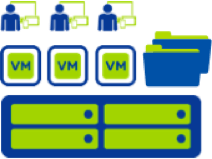 On the other end of the spectrum, some customers prefer to manage file storage centrally, especially true in environments with heterogenous infrastructure all looking to leverage a centralized file server. AFS also supports this use case and can be deployed as a centralized standalone AFS cluster. 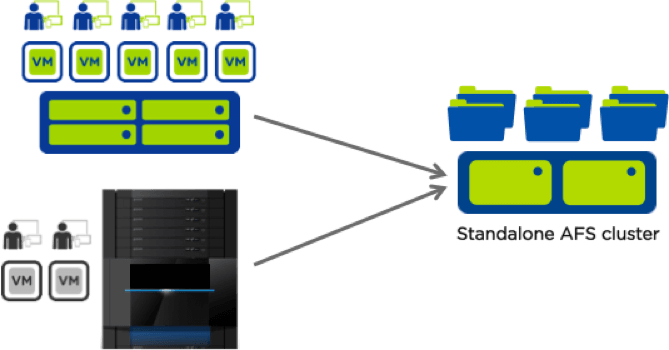 Performance and storage can be scaled independently. If additional storage capacity is needed, a

The How: AFS Under the hood

Acropolis File Services (AFS) has been designed with scalability and extensibility in mind:

We covered some basic differences between AFS and traditional NAS appliances in the earlier sections, now let’s explore this topic in more detail:

At @30 cents per GB per month, EFS can cost as much as ~$15 per GB over the lifetime of typical enterprise storage infrastructure (4 years) and comes at a hefty premium over Nutanix AFS and indeed even legacy NAS Appliances.

AWS Elastic File Storage (EFS) is currently in preview mode so detailed information around usability, scalability and performance is unavailable. However, we expect that customers will see many parallels to Nutanix Acropolis File Services (AFS) in terms of operational simplicity.

With AFS, Nutanix redefines hyperconvergence to now include the combination of compute, storage, virtualization and unstructured data management. Characteristics of the public cloud – deployments in a few clicks, just-in-time provisioning, scale-in and scale-out elasticity – are apparent in AFS and now available to enterprises of all sizes.

AFS is available today in tech preview through a non-disruptive software upgrade. Give it a try and let us know what you think! You can also read more about AFS in the Nutanix Bible.