Making Your Case with ROI 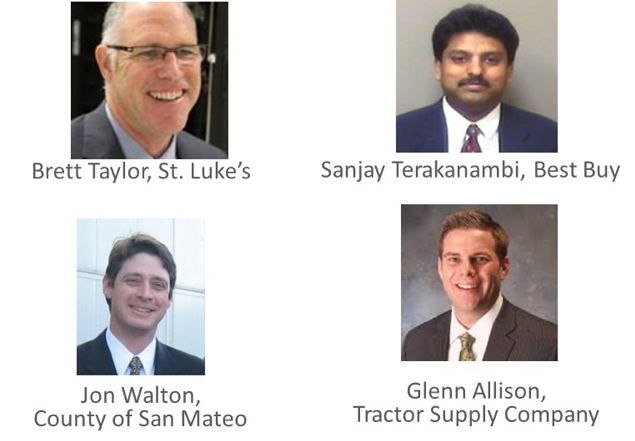 I am thrilled to be moderating the panel, Making Your Case with ROI, at Nutanix .NEXT at the Wynn Resort in Las Vegas, June 22nd. The panel includes four IT industry leaders who have utilized Nutanix’s enterprise cloud to help transform their businesses:

Brentwood, Tennessee – based Tractor Supply Company is one of the fastest growing retailers in the U.S. The company has 1,530 stores today and $6.2B in sales with plans to grow to 2,500 stores and $10B in sales over the next few years. Glenn was challenged with his previous traditional 3-tier infrastructure (storage + storage network + servers) to have the agility, datacenter space and economics to meet its rapid growth demands.

Retailing Today’s May 2016 article titled Tractor Supply Co. Avoids Growing Pains with Science stated, “…a modernized architecture would deliver scalability and the ability to ‘self-heal,’ or detect and in many cases remediate problems automatically. With these strategic goals in mind, Tractor Supply Co. decided to implement the Nutanix Enterprise Cloud platform.”

St. Luke’s Health Systems, Boise was recognized by Truven Health as one of the top 15 health systems in the United States. Brett initially implemented Nutanix to facilitate Citrix VDI for 15,000 users to alleviate challenges around reliability, desktop mobility, multiple workloads and user experience.

As Brett wrote in a recent blog post, “St. Luke’s IT has to support thousands of devices and around 2,000 servers – which is a challenge, there is never enough people and time. By simplifying its infrastructure, St. Luke’s has given back time to the smartest people in IT. Investing in hyperconvergence also enables converging the team: IT members can now specialize on the entire infrastructure platform rather than on just a silo such as storage.”

Brett is also pioneering new ground by utilizing excess Nutanix capacity at its DR facility to leverage big data for further healthcare benefits that go beyond infrastructure savings. Brett wrote, “Luke’s has not only seen huge productivity benefits among its clinicians and technicians, but also changes in the way that they engage with patients when technology is no longer a barrier but an enabler of care improvement.”

Best Buy is one of the largest consumer electronics retailers in the world. At Best Buy, IT is expected to consistently deliver extraordinarily reliable, robust and efficient systems. Implementing highly agile infrastructure solutions is critical strategy for IT to meet the business expectations. Nutanix hyper-converged systems are a critical part of the hybrid cloud implementation at Best Buy that allows provisioning of infrastructure in a highly agile manner. This gives the business the ability to bring new enhancements and services to its customers at a highly rapid pace.

Diginomica article last year, “In the retail world, the ability to be agile is central. We’re adding new features and functionality on a daily basis, and infrastructure cannot be a bottleneck in that process…We’ve deployed a hybrid cloud solution which allows us to roll out servers in a fully automated fashion in minutes, rather than days or weeks.”

Due to the necessity of maintaining expertise in multiple SAN arrays, SMC previously only had a couple of IT personnel trained in each product family. And storage array performance issues plagued the IT staff to the tune of 30 – 40 hours per week (not counting the impact to users).

By implementing Nutanix, SMC eliminated its arrays and reduced the cost to support a VM from $300 to $250 per month. Jon recently said, “We just conducted an ROI analysis with Steve Kaplan, VP of Channel and Strategic Sales at Nutanix, calculating the hard dollars we would have spent if we had continued to grow our traditional server storage architecture to support that many VMs. We estimate that by the end of this year we will have already saved over $6 million by moving to the Nutanix hyperconverged configuration, rather than purchasing and deploying all of the traditional server, storage, compute environment we would have required.”

Experience the Nutanix innovation excitement first-hand at .NEXT June 20 – 22, 2016 at the Wynn Resort in Las Vegas. We have an incredibly lineup of speakers including Dheeraj Pandey, CEO of Nutanix; Robert Gates, former Secretary of Defense; Mark Leslie, Managing Director of Leslie Ventures and former CEO of Symantec; Mark Templeton, former CEO of Citrix – and many more celebrities, industry leaders and Nutanix customers.