SDS for the Masses: Why Dell Matters

Technology companies are faced with different chasms at various phases of their growth. How deeply secure or insecure they are about crossing those chasms defines their future. How they value ubiquity and distribution separates the niche players from the category creators. I’d take the example of two companies to illustrate the point.

From the annals of Oracle’s history:

Oracle was faced with a leviathan in IBM. IBM’s account control and megaphone in the ’80s were to die for. Oracle countered IBM by building a piece of software that was incredibly portable, i.e., ubiquitous. The rest is history.

And on the polar opposite end was Sun’s Solaris, a player that could’ve been.

Sun missed it by a mile because it was too enamored by its niche penetration in the Unix server market. They won the battle in the late ’90s, but lost the war eventually because they were too late to realize the value of their software.

Software-defined Storage is at a juncture where distribution can make or break it. It behooves an SDS player like us to think about the $50B Total Addressable Market (TAM) of servers+storage, and think about all means possible to democratize this web-scale architecture. SDS, like Oracle software, needs to be multi-hypervisor, multi-hardware, and multi-cloud (private or public). Only then will it realize its true potential of mass convergence and radically simpler datacenters. If you ask the very early employees of VMware, they will talk about its OEM history. There were OEM’s, and then there was Dell. When Dell arrived on the scene, virtualization gained mainstream acceptance. And given Dell’s deeply rooted history in rack-mounted servers — with storage attached to the servers — SDS is even a more natural fit.

We are proud to announce that Nutanix has entered into a strategic partnership with Dell. Later this year, Dell will begin selling a new family of converged appliances based on Dell PowerEdge servers powered by Nutanix software. These new solutions will be called Web-scale Converged Appliances, and will be sold by Dell’s global sales teams and channel partners.

Storage in pure software on an unknown piece of hardware, even an HCL configuration, is dangerous in retail form. 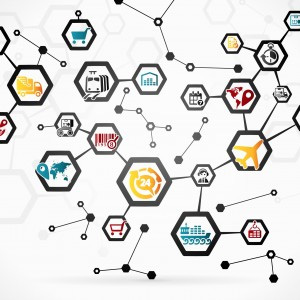 A factory of some form culls out bad components, acknowledges infant mortality of commodity hardware, and “burns in” hardware for a consistent user experience. Our appliance heritage lends us valuable experience in making an OEM relationship work well, specifically by mitigating risk at the interface of hardware and software. At Nutanix, we really understood commodity hardware well in the last 3 years of selling our product. We understand which controllers have decent performance, which ones will not light the LED, which ones won’t support hot-swap drives, what endurance really works for flash and for which workloads, whether a disk controller has battery backup or an unprotected write cache, whether an IPMI port has STIG violation, and so on. Dell and Nutanix know hardware really well to keep the OEM engine humming!

This partnership provides our customers with expanded worldwide access to Nutanix software. If we execute well with Dell, this engagement has the potential to make Nutanix a ubiquitous name in datacenters. While this will certainly accelerate our business, there will be no impact to the end customer. Nutanix will continue to sell, service, and support our Nutanix Virtual Computing Platform solutions through our existing network of partners and distributors. If anything, the presence of Dell hardware will keep our hardware team competitive and honest — especially because our own appliance will be our original hardware, different from Dell.

We’re Not Getting Out of Hardware Business

I cannot overemphasize the fact that we are not getting out of the hardware business. Many consumer and enterprise companies now manage a portfolio of form factors for their software intellectual property. Nutanix is simply diversifying its portfolio of products as it marches towards a new goal of $500M annual revenue run rate. Like Oracle manages Exadata appliances and pure software. Like VMware will manage OEMs, pure software, and probably a hyperconverged appliance. Like Citrix manages NetScaler appliances, Cisco OEM, and pure software. Like how every appliance vendor worth their salt will have to diversify in this new day and age of SDDC.

Dell and an Independent Nutanix

Given the massive TAM, we don’t look at it as a zero sum game between our appliance and Dell’s — or our channel and Dell. Dell will participate as a first-among-equals partner in our existing Deal Registration process. They’ve agreed to respect our channel, and acknowledge our existence as an independent company that controls its own destiny as it attempts to take SDS mainstream. This is also not an exclusive OEM deal with Dell. While we don’t intend to sign another OEM deal before we’ve made this one succeed, we’ve kept our options open for the future.

Dell’s historic decision — like many of our global distributors and resellers — to make Nutanix an important piece of their future datacenter strategy is a huge vote of confidence in our scalable business. It is also a watershed moment in the industry, demonstrating once and for all that web-scale solutions will drive the next generation of enterprise datacenters.