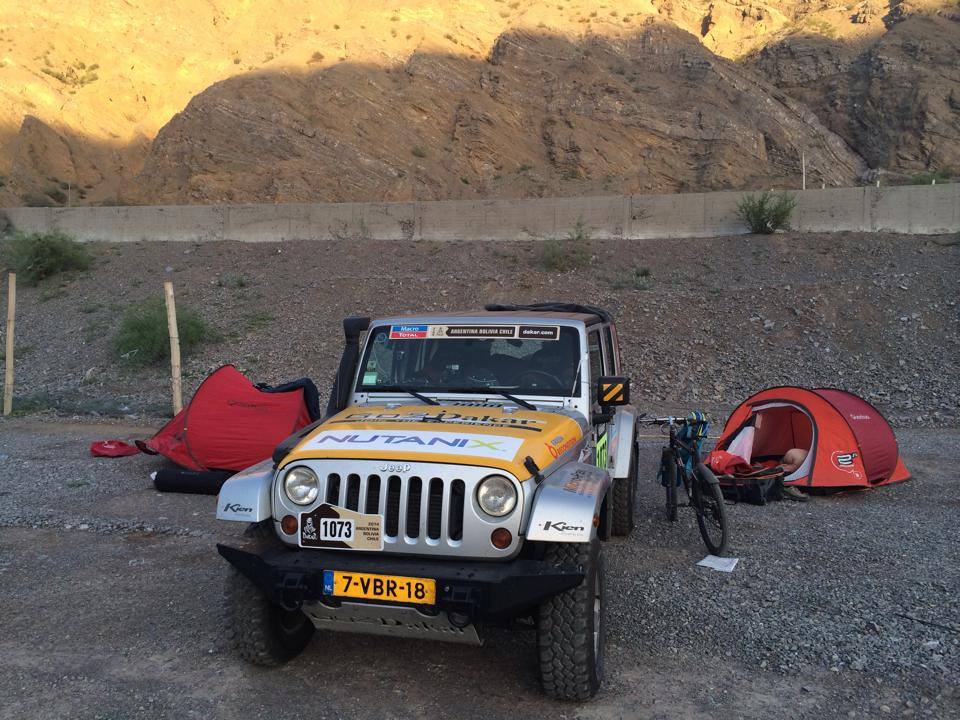 First day on the road to San Luis. During most of the trip we had 3G coverage, so we could follow the race progress live while underway. First real bivouac (shelter) where we will sleep in our tents. Very well organised bivouac on a race track with a real press room where we had unlimited Internet connection. We were able to produce all interviews and photos faster than our desk editors could follow us. Interviews are put on Soundcloud and our editors write up the stories.

A bivouac has a catering tent run by a professional catering company, Sodexo, that is operating 24 hours since competitors come in late. Service teams (journalist alike) run on crazy schedules. They feed about 3500 people in strange places and difficult circumstances.

Crazy story of the day: A bike competitor running out of gas was helped by local man without teeth on a horse. He got him a Coke bottle of gasoline so he could continue and refill at the next stop.

The first day with dunes was a nightmare for a big number of competitors. It was a solid surface with powder under it. Once you were stuck, it was very hard to get out without help. Several mechanic problems surfaced in this extreme stage. 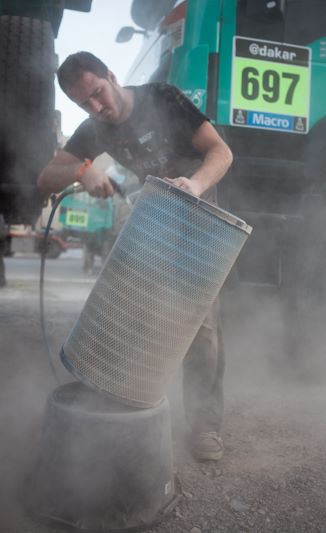 At last we came across a nice bivouac with a lot of grass. The organisation internet was really bad. Our 3G connection worked great until most of the bivouac was full and the antennas of the providers got overloaded.

So much happened that day that we were hardly able to produce all required interviews with competitors coming in late. We also had to provide pictures for “De Telegraaf” a Dutch newspaper. At midnight I went to my tent, watched some bivouac TV on my mobile DVB-T receiver and fell asleep. We wanted to be energised for the drive of the next day. Except for Marcel who got a 3 AM call with Giel Beelen, a Dutch radio station that uses us to provide updates on the radio.

Crazy story of the day: A navigator of a team with the GPS in his overalls was walking around the dunes to get all the waypoints.

An early rise and we took a journalist from another team with us to the next bivouac since their car was in the dunes of stage 2 to bring parts to a broken down competitor, Willem Kien, who was already out of the race but still wanted to repair the car to get out of there.

There’s hardly any 3G coverage on the road, so we stopped for some to transmit videos, photos and interviews in a place where we had good reception. Bivouac was high in the mountains again on a race track with only hot tarmac. It felt like we were boiled there. In the rally we saw our friends from Go2Dakar again after being underway for 2 days without any sleep. Henk with the Dodge finished the 3rd stage and Willem with the Jeep was able to get his car fixed and away after replacing the gearbox in the dunes. 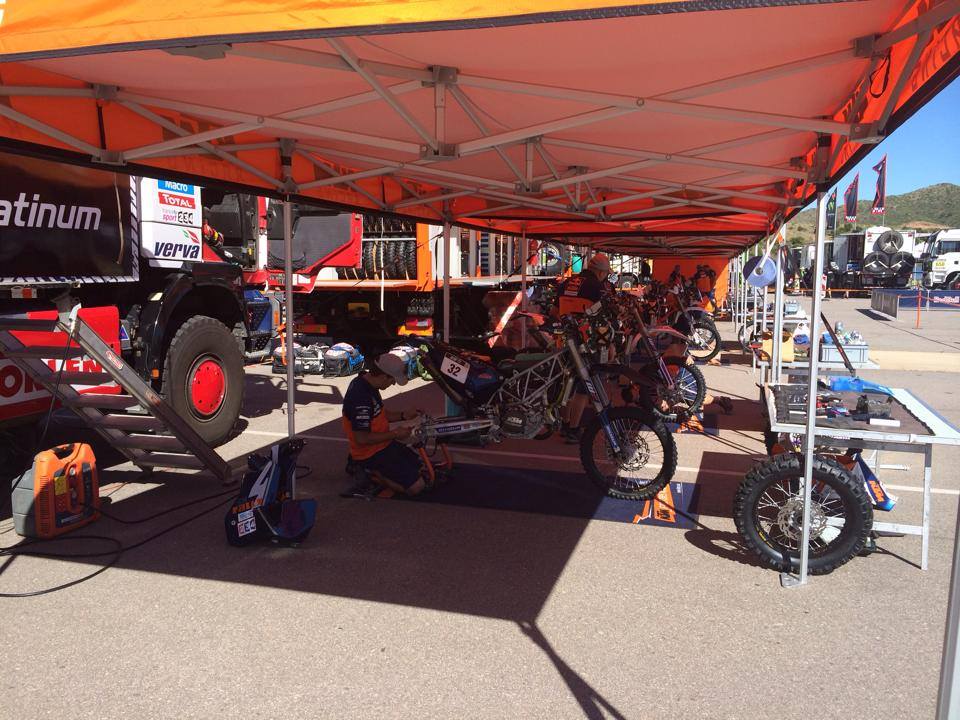 The best Dutch driver in the bike category fell and broke his elbow, so that ended his rally. At midnight I went to my tent, watched some bivouac TV on my mobile DVB-T receiver and fell asleep We wanted to be energised for the drive of the next day. Except for Marcel who got another 3 AM call. He wanted to report on Frans Verhoeven, the Dutch bike driver that broke his elbow, and some other updates.

Crazy story of the day: A bike competitor bought the bike of another competitor and swapped the engines in the stage. His engine was broken and the other competitor had to give up since his wrist was injured.

The longest stage for the competitors since 2006. The competition is still wide open with all teams facing different challenges. Very nice drive to Chilecito with spectacular views, winding roads and mountains in various colors. Unbelievable tasty food with a juicy steak grilled to perfection. On our way we passed the damaged Kamaz of Mardeev. Made a nice slow motion video of it. In the first stage win from Carlos Sainz who now takes the lead in the rankings for the cars.

Crazy story of the day: Martin vd Brink from team Mammoet lost his windshield and drove the truck over 400 km without it. 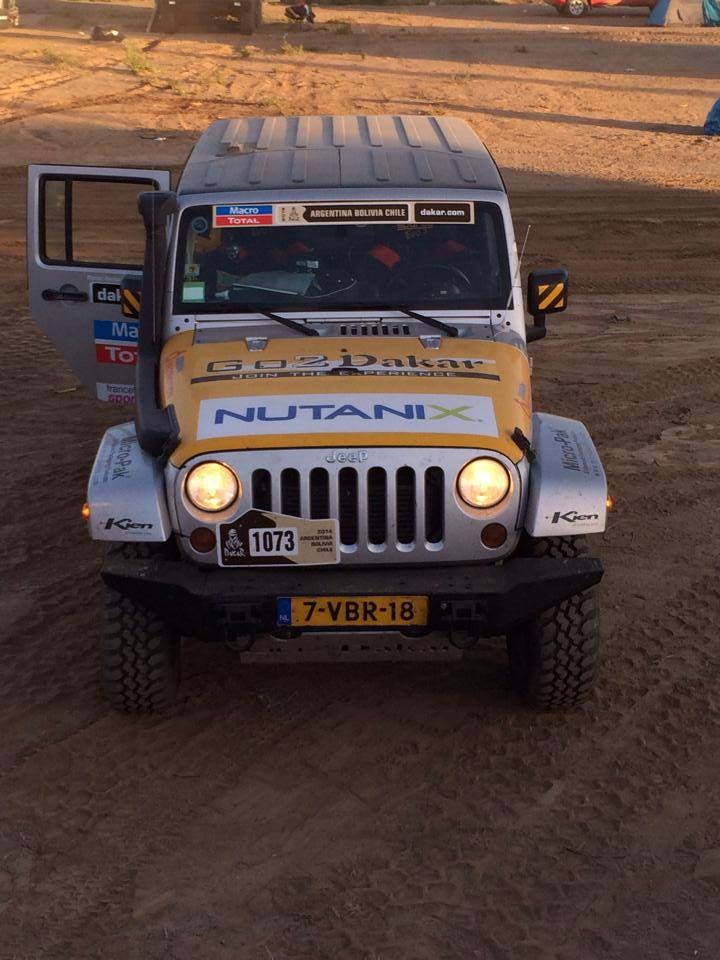