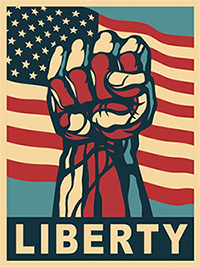 Incumbents have started to write blog posts pooh-pooing the undeniable web-scale “rebellion” in the enterprise. The word rebellionreminds me of the talk I gave two years ago at BriForum London: “The Arab Spring of Enterprise IT”. Most revolutions start at the fringes, until they become too big to ignore. Think of the x86 server revolution, which powered by Linux and Windows, annihilated the Unix server industry overnight. Remember iSCSI and NFS movements, and how they stifled block storage and Fiber Channel in the enterprise. The ruling class is invariably in denial of rebellions, until a critical mass of a powerful grassroots movement consumes its very throne.

History serves as a powerful guidepost for me in business building.  Big Data is a case in point. Hadoop — a web-scale technology and a father of this overall web-scale movement — is massive in the enterprise, and is shaking incumbents like Teradata, Oracle, and Netezza at the very core of their business.

Linux was baked in web-scale datacenters, and so was MySQL. Google’s efforts not only made Linux and MySQL robust, but also made SATA controllers and SATA disks reliable commodities. IDE drives, IDE ribbon cables, and Linux 2.2 give me the shivers. Server-based flash was baked at scale within the data centers of Google, Facebook, and numerous web-scale properties much before they were being discussed in the enterprise.  Had it been left in the hands of SAN companies, expensive SAS and esoteric OSes would have continued to cream the enterprise. Incumbents want to maintain status quo because web-scale advancements — and percolation of web-scale in the enterprise — shakes them at the very core of their high-margin change-averse business.

The precursor of web-scale is the open-source movement. Now, a lot of open-source is driven by web-scale companies. Linux-x86 complex took down Sun Microsystems and many high-end Unix vendors. MySQL stopped Oracle’s rabid growth in the enterprise. Hadoop massively slowed down the Teradata-Netezza juggernaut. SATA drives triggered a deflationary war in storage, to the point where S3 prices are making storage companies sweat in their pants. Apparently, AWS is EMC’s biggest enemy. Had it not been for web-scale, the public cloud would not be as threatening to EMC and other major IT vendors.

Web-scale brings the public cloud war onto incumbent enterprise vendors’ turf. Large IT companies can continue to deny the Arab Spring of public cloud by lecturing on security, compliance, and control. But when the same technologies bring the war to their turf, i.e., the private cloud, they’re left speechless. After all, the economics and agility of public cloud, when melded with legacy enterprise, becomes a potent combination that is hard to fight. Then the best arguments you can come up with, defy reason. Then blog posts start to border on condescending. They start to be disrespectful as they grossly underestimate IT’s desire and ability to grasp new things.

Nothing gets baked overnight. Software-defined datacenters are not ready just yet. It will be a while before all load balancers shipping out of F5 will be virtual. It will be a while before all firewalls shipping from Palo Alto Networks, or all dedup appliances from Data Domain, will be working on the same hardware where business apps are running. SDDC, SDS, and SDN are all journeys, not destinations just yet. SDN companies have suffered because they were not rooted in the reality of networking — Cisco’s dominance in the marketplace, and the risk aversion among network admins to roll out a brand new fabric. They forgot to bite-size their solutions, something that could be inserted piecemeal for a smaller use case. They forgot to shrink wrap their offerings into something the channel could deploy in 30 minutes. They forgot to sell a solution, and were instead selling bottom-up technology.

Companies that are focused on melding the promise of web-scale with the mundaneness of the enterprise datacenter will be massive companies. It’s the act of bridging the legacy that made such large companies out of NetApp (reverse engineering CIFS), VMware (unmodified OSes), and Red Hat (enabling legacy apps). There is so much work we’ve done at Nutanix to customize web-scale for the enterprise. That is what is making us the fastest growing infrastructure company in the enterprise. Not only are we the best hustlers in town, we also talk the language enterprises understand. Here is our local dialect that results in grounded web-scale conversations in the enterprise: 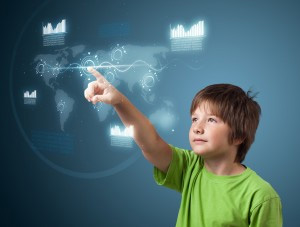 Data Center Ops of the Future

Underestimating the nerd in the enterprise is dangerous. At Nutanix, we salute the geek that made NetApp and VMware succeed. We respect the engineer who is constantly reinventing herself to stay relevant. We bow down to the tech warriors who morphed themselves from mainframes to client-server, from client-server to 3-tier apps, from COBOL to Java and Ruby, from physical to virtual, and finally, from pizza boxes to software-defined data centers. SDDC will rule on the shoulders of web-scale. SDDC, and its web-scale underbelly, will convert low-level specialists to broader generalists.

As a rising tide, SDDC will lift all boats. Web-scale will be moon’s gravity.