Today, on November 4 2015, we announced a strategic relationship with Lenovo. Here is the why, the how, and the what of this partnership.

When Lenovo acquired the IBM x86 server business unit in September 2014, we noticed a bold statement from a company that had gone on to become the #1 PC Maker after having acquired IBM’s PC business almost a decade ago. From The Wall Street Journal, September 29, 2014:

IBM had been building beautiful — high-quality, feature-rich — x86 servers, but never sold them at scale, owing to ambivalence competing against its very own P-series Power servers. Lenovo was convinced it could do to those servers what it did to the IBM PCs — maintain quality and end-user delight, and yet grab market share. 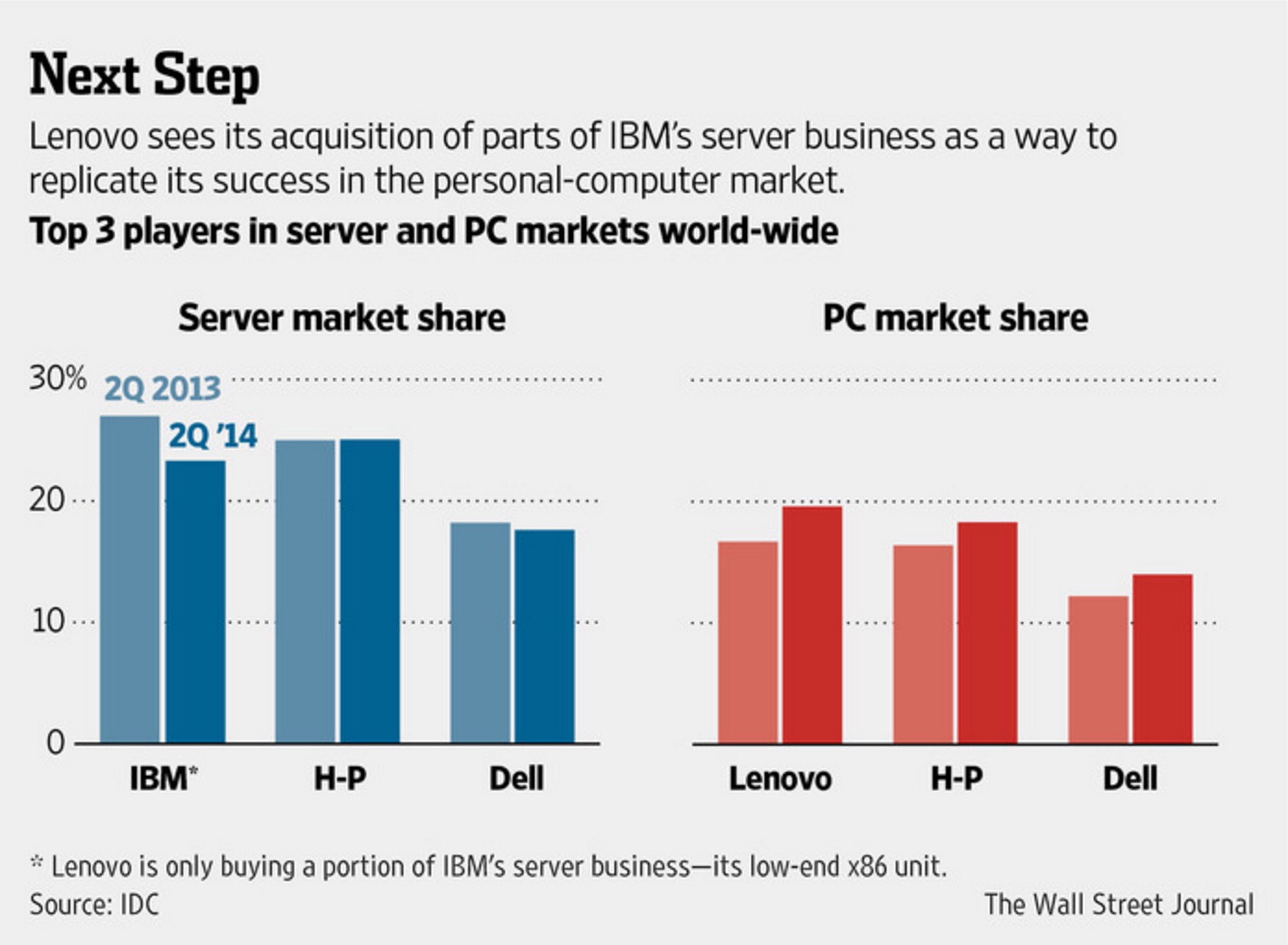 The worldwide server business is going through a history-making fork in the road, owing to two powerful parallel movements in enterprise computing: the public cloud and hyperconvergence in private cloud. The former is owned by ODMs doing direct business with Amazon, Azure, and Alibaba. The latter will be dominated by those server OEMs who have an uncluttered mind about (a) selling both rack-mount and blade servers, and (b) letting the value move up, even above the hypervisor, into a new datacenter operating system that implements web-scale control and data plane software.

So where are we, looking at that fork in the road?

Here is our bold prediction on which server OEMs will thrive going forward. Ones that:

To us at Nutanix, Lenovo seemed to have checked all the boxes handsomely. To Lenovo, our software was making them look into the future of enterprise computing — their hardware might (scale, reliability, economics, and reach) being the centerpiece of that strategy. Imagine racks and racks of servers, and every service being pure software. Lenovo will have nothing to lose, and both companies will have everything to gain. That’s how aligned our strategies are.

Lenovo and Nutanix will build joint products that will be sold by a large dedicated Lenovo salesforce and co-marketed by both the companies. Just like the Nutanix NX line, this new line will ship with the Acropolis AHV hypervisor by default, and can be changed to other hypervisors at the customer site.

Just like the Dell XC series, the Lenovo line of products will start out with the 2u and 1u rackmount servers, and will later diversify into other form-factors.

With this strategic partnership, Nutanix is the only infrastructure upstart whose software is OEM’ed by two out of the three server OEMs that also ship Microsoft Windows and VMware ESXi operating systems. The burden of supporting a ubiquitous platform software is upon us.