Insights from NEXT Magazine Issue 4

NEXT Magazine is your source for practical advice, bold ideas, and occasionally controversial opinions from some of the IT industry’s leading change agents. We feature topics around datacenter innovation and modernization, business transformation, digital disruption, leadership strategies, and much more.

This issue features everything from blockchain to bots to Bear Grylls giving tips for survival—in and out of the datacenter. 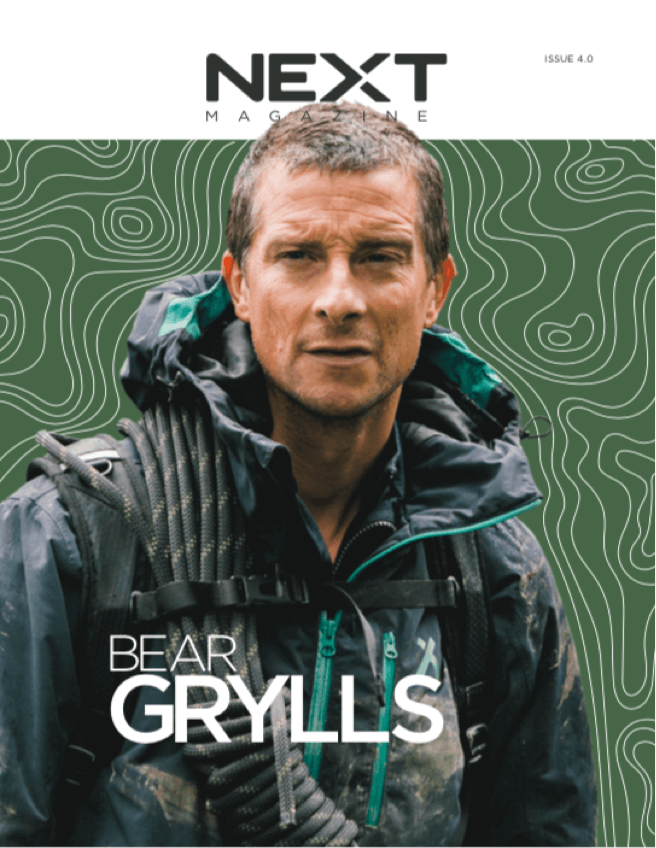 Here’s a peek at some notable notes and quotable quotes from the brand new issue now available for download.

Think blockchain is just for Bitcoin? Think again! “Any situation requiring trustworthy record keeping or needing a way to enforce trust between inherently untrusted parties is a blockchain candidate,” according to BlockApps experts Kelly Hunt and Samrit Sangal. That means everything from combatting ticket sale scams to keeping food safer to reducing voter and government fraud.

On getting customer support right:

Here’s what happened when rodents wreaked havoc in one company’s datacenter.

A small, East Coast company called us in mid-December and said that their box had stopped working because rodents had chewed through a sprinkler system in their datacenter, which caused water to leak all over the box. At this point, most companies would (rightfully) say that the issue was an out-of-warranty condition and that the customer would have to contact their insurance company and file a claim. Even though that is technically accurate, that’s not what the customer wants to hear, as resolution typically takes several weeks. What are they supposed to do in the interim?

Our support engineer found a way to go above and beyond. She told the customer that it was an out-of-warranty condition, but that she knew that the claims process takes time. So, she offered to overnight a new box and to send a tech onsite the next day to install it. “You’ll be up and running. Then, when your claim is finalized, you can send me a check for the new box.” Wow!

What a different response! It was a risk for us because we were sending a box without getting payment, but it made a big difference to the customer. He became a great reference for us. He went on Twitter and told everyone how happy he was with our response and we got some leads out of it. But even if he hadn’t posted anything, we all knew it was still the right thing to do.

Sarah Robb O’Hagan, CEO of Flywheel Sports and founder of Extreme You, has famously called parts of her career journey “epic fails.” (Take a look at her LinkedIn profile to see for yourself!) According to her, being fired back-to-back was “an awful experience to go through, particularly when you’re young. But I recognize now that it’s those experiences that gave me the greatest awareness and helped me develop the resilience a leader needs.”

We asked execs all over the world one question: “What’s the most important digital transformation initiative a company can pursue right now and why?” While their answers varied (connectivity, HCI, security hygiene and automation…the list goes on), the number one cited priority: AI implementation and opportunity.

We don’t usually consider paranoia to be a desirable trait, but in the tech world, paranoia—coupled with a dose of optimism—is what helps companies survive. Dheeraj Pandey discusses how paranoia has aided his journey into the brave new cloud world, why integrity is so important, and what separates good companies and great companies.

On what’s next for tech:

“Putting a man on the moon nearly 50 years ago consumed an amount of computer processing power that’s been reported as equal to two Nintendo game consoles. If two Nintendo systems can send a man to the moon, what might we accomplish with the 200-petaflop supercomputer that the Department of Energy introduced last month called Summit? Or many Summits linked together all over the world, operating as a distributed, highly intelligent system?”

The answer? Just about anything we want.” – Ravi Mhatre, Founding Partner at Lightspeed Venture Partners

On our robot overlords:

They’re not so bad. Nicolaus Radford, CTO at Houston Mechatronics, envisions a world where robots do the dull, dirty, or dangerous jobs some humans do now and revolutionize different industries in unique ways.

On surviving in and outside the datacenter:

“Risk is good—it stretches us, and that is how we grow, but it has to be well-managed. You only get it wrong once. I have developed a good instinct of what is smart to do and what is not, and I try and listen to that voice.

“Risk is good—it stretches us, and that is how we grow, but it has to be well-managed. You only get it wrong once. I have developed a good instinct of what is smart to do and what is not, and I try and listen to that voice. I also know that the wild rewards commitment, and that once you commit to something, then the world often opens the doors. But you have to tackle life head on and with resilience and resourcefulness. Those two words are the key.”

We’ve barely scratched the surface of what’s inside this edition of NEXT Magazine. Get the full issue here.