Nearly Unanimous: Hybrid Cloud is the Future of IT 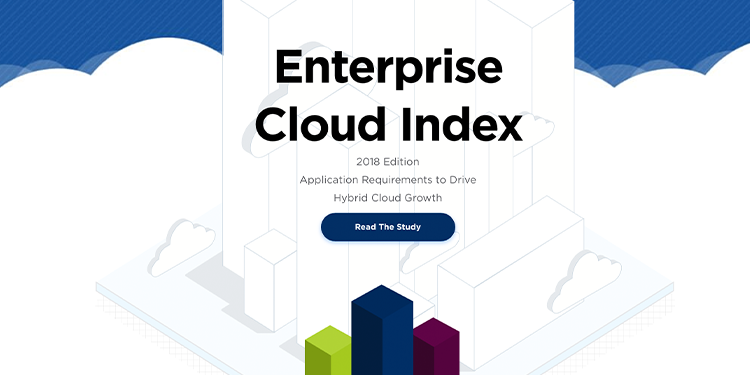 The Nutanix Enterprise Cloud Index was a survey of twenty-three hundred IT decision-makers around the world seeking to gain insights into the adoption of public and private cloud technologies. Specifically, we were looking to find:

Despite the consensus that hybrid cloud is the IT operations model of the future, the report also found that escaping from the traditional data center will take time. The greatest number of respondents – 41% – were reliant on traditional data centers, with only 18% using hybrid cloud. Expectations are that transitioning to hybrid cloud will necessarily entail a progression of increasing reliance on private cloud first, then onto public multicloud environments, before the ultimate adoption of hybrid infrastructure.

The IT decision-makers interviewed also expressed clear-eyed realism about difficulties in making this transition to hybrid infrastructure. A main concern is finding employees with the right kind of skill set to manage this transition. Respondents agreed that hybrid cloud skills are scarce in today’s IT organizations, ranking second only to the lack of skills in artificial intelligence and machine learning. Finding IT talent with specialized skills focused on hybrid cloud is a requirement – 74% of respondents said – because IT vendors currently do not provide effective off-the-shelf hybrid cloud solutions. The result is that organizations are being forced to architect bespoke hybrid cloud solutions using legacy technologies.

There was also agreement that shadow IT is a significant negative trend that is hampering forecasting and control over public cloud spend. More than half of respondents – 57% – reported one or more incidents of shadow IT within their organizations. But of course, since respondents can only report incidents that are known, it follows the actual incidence of shadow IT is likely far greater. The problem with shadow IT is that where teams or departments use cloud services that aren’t well-suited for their applications, these services can end up underutilized or abandoned while the company continues to be charged for them.

Yet the Value is Real

Still, while the report documented challenges to cloud adoption, it also showed the areas where hybrid infrastructure is delivering measurable advantages. For instance, just over a third – 37% – of companies using one public cloud reported having all their organizations’ needs met. The number was higher – 43% – for those using multiple clouds, but the largest number of users that reported having all their needs met were in the group using hybrid clouds – 49%. Many reported increases in efficiency as well: nearly 75% of respondents reported that the advent of cloud computing has increased the efficiency of their IT teams.

IT teams are discovering that workloads with predictable characteristics – number of users, storage I/O requirements, and bandwidth consumption – often run most cost-effectively in a private cloud. By contrast, unpredictable workloads, such as those that are seasonal in nature, often run best in the public cloud due the greater IT resource elasticity. Our findings support these approaches. Respondents, for example, reported using private clouds most often for more predictable applications like data backup (54%) and internal databases (51%) and said they used the public infrastructure most often for less predictable mobile/ digital (46%) and IoT (41%) applications.

OpEx vs. CapEx - Hybrid cloud eliminates the need for major capital expenditures on IT infrastructure. Rather than attempting to gauge IT investments based on 3-to-5-year forecasts, you can take a pay-as-you-go approach as operations expand.

Do more with less - With over half – 54% – of respondents agreeing that their organization has difficulty retaining IT talent, embracing hybrid cloud makes it possible to do more with fewer staff.

Vendor agnosticism at a lower price – With more than a third of organizations using public cloud exceeding their budgets, the hybrid cloud provides a promising way to rein in costs by moving applications to the private or public runtime environment offering the best value.

Focus on innovation – Because the hybrid approach streamlines OS upgrades and support, organizations can focus on innovation and core business objectives, and not get bogged down in maintaining legacy infrastructure.

The “reality gap” between the 91% who believe hybrid cloud is the wave of the future, and the 18% who are actually embracing it is real, and should serve as a clear signal that the road ahead won’t always be easy. Yet there are plenty of reasons to believe change is right around the corner. Especially because the advantages of hybrid cloud over existing approaches to IT operations are clear.