Stop being a bully, VMware

As I write this blog on the eve of MLK Jr. Day, I am reminded of respect, fairness, and dignity, and how an absence of fundamental human values engenders movements. Many independence movements have been borne out of unfair taxation. The unfair taxes on tea started the American War of Independence. The unfair taxes on salt — and the subsequent Salt March — played an outsized role in the independence of India from the British Empire. When empires begin to bully their subjects, they lose the silent consent of the masses. Once the consent is withdrawn, it’s the beginning of their end. More on this phenomenon later. 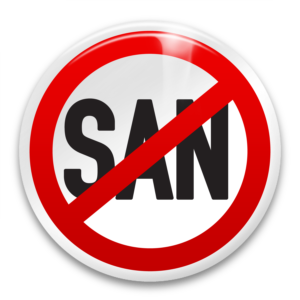 The roots of Nutanix are in the NoSAN movement, in making storage “invisible.” A 3-tier SAN was an unfair tax on application administrators. Today, getting rid of that tax is an industry-wide Gartner-led movement called HCI. We were not against an individual storage company nor a specific fiber channel manufacturer. We were opposed to the concept of expensive specialized storage networks and mainframe-like storage arrays. We were rebelling against the idea of large speculative purchases, and data being too far off from the application. We were waging an architectural war for simplicity and locality on behalf of the underserved customer. By re-architecting our personal experience, Apple displaced Sony walkmans, Motorola phones, Panasonic video cameras, Canon cameras, and TomTom GPS devices. But the war was architectural — and against an unfair tax of device sprawl — not against an individual company that they were substituting via their revolutionary software-defined movement. 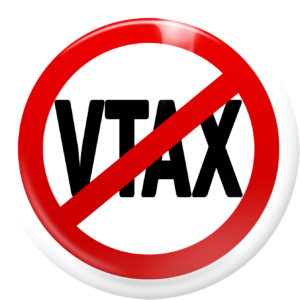 Our second act is about starting the No-VTAX movement. It’s not against a specific company, it’s against an old architecture of IT operations, maintenance, and spend. Here is what we mean by that:

Unfortunately, VMware sees this architectural argument as a frontal assault on their company. It was highly unusual for their COO Sanjay Poonen to have connected with our customers on LinkedIn and send this email: 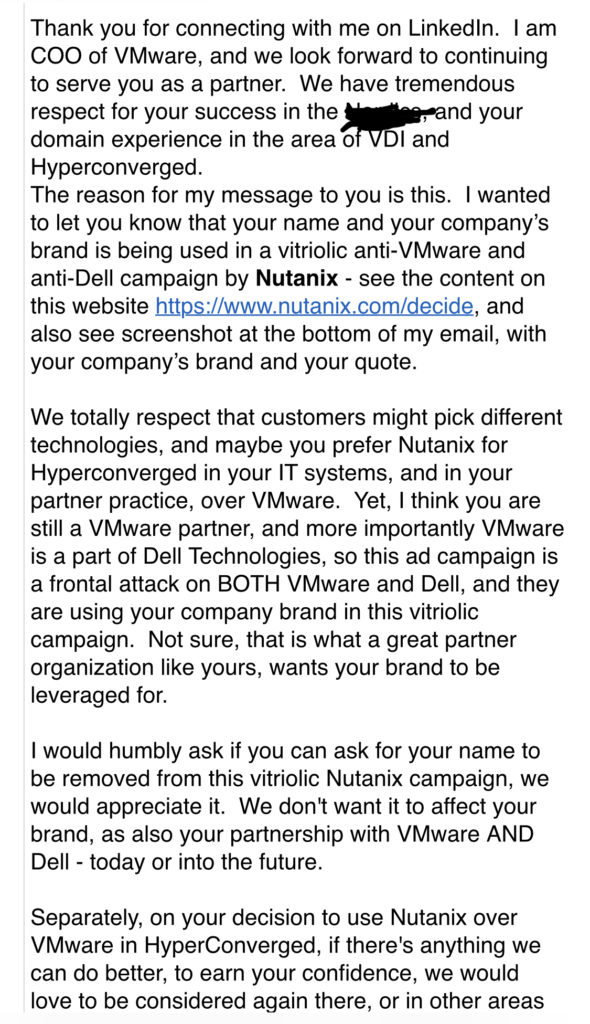 For one, this email is full of fear and prejudice, given the number of times he has used the word “vitriolic” for our campaign that espouses a new way of life. Then he drags Dell into this for no good reason. This argument that No-VTAX is about Dell is as preposterous as saying that HPE, Lenovo, NEC, Fujitsu, Huawei, Inspur, and other competing server manufacturers should stop supporting VMware, now that Dell is an investor in VMware. But most alarmingly, the veiled threat — “we don’t want it to affect your brand” —  in this email is an act of bullying that has no place in a world where the customer is all powerful. Such bullying is what creates movements, rebellions, and eventual independence from unfair taxation. The tax is not just on the customer, but ironically also on VMware and its apps that continue to pay the vSphere “strategy tax.” Case in point is the Windows strategy tax that Satya dismantled as soon as he took over. Here is an excerpt from The Economist article from 2015: 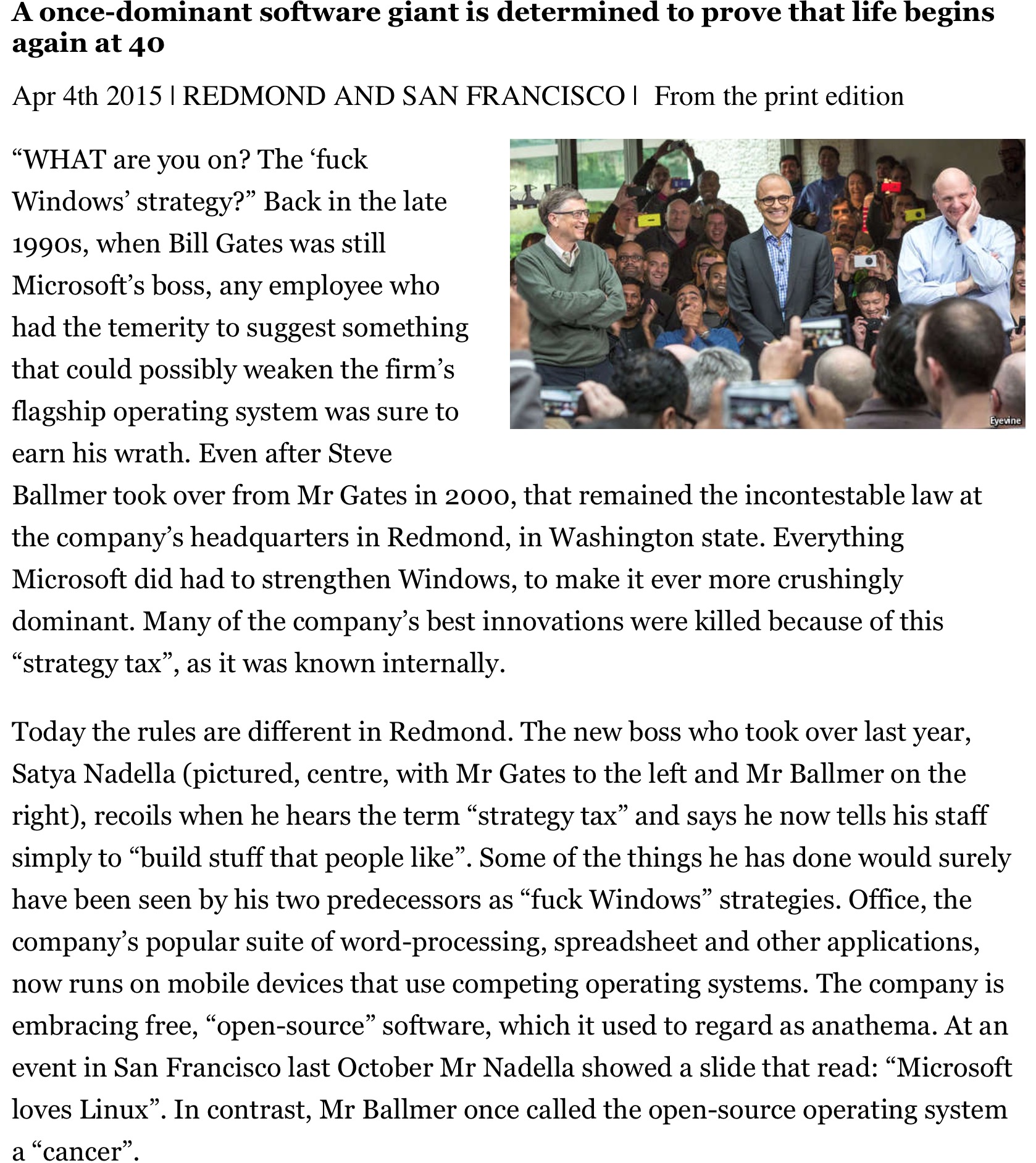 We’ve taken a similar contrarian view with our product strategy, which is multi-server and multi-hypervisor at the core. We hug vSphere as hard as we hug AHV. Our SaaS products embrace multi-cloud as a fundamental virtue, even at the cost of our core on-prem products. VMware needs to realize that life begins at 20, once they honestly embrace a “building things that people like” philosophy. My advice to Sanjay, if he can be Satya, is very simple:

Stop being a bully. Be vulnerable. Cut the cord.