After the rest day, the cars and trucks got a relatively easy track. Still there were some issues for the competititors. Henk had to fix the Dodge again but did finish the same day which is a positive trend. Peter Nieuwenburg, the navigator of Jos Smink from the Ginaf team, broke a vertebra on a jump with the truck. Therefore Jos gave up the race as well. 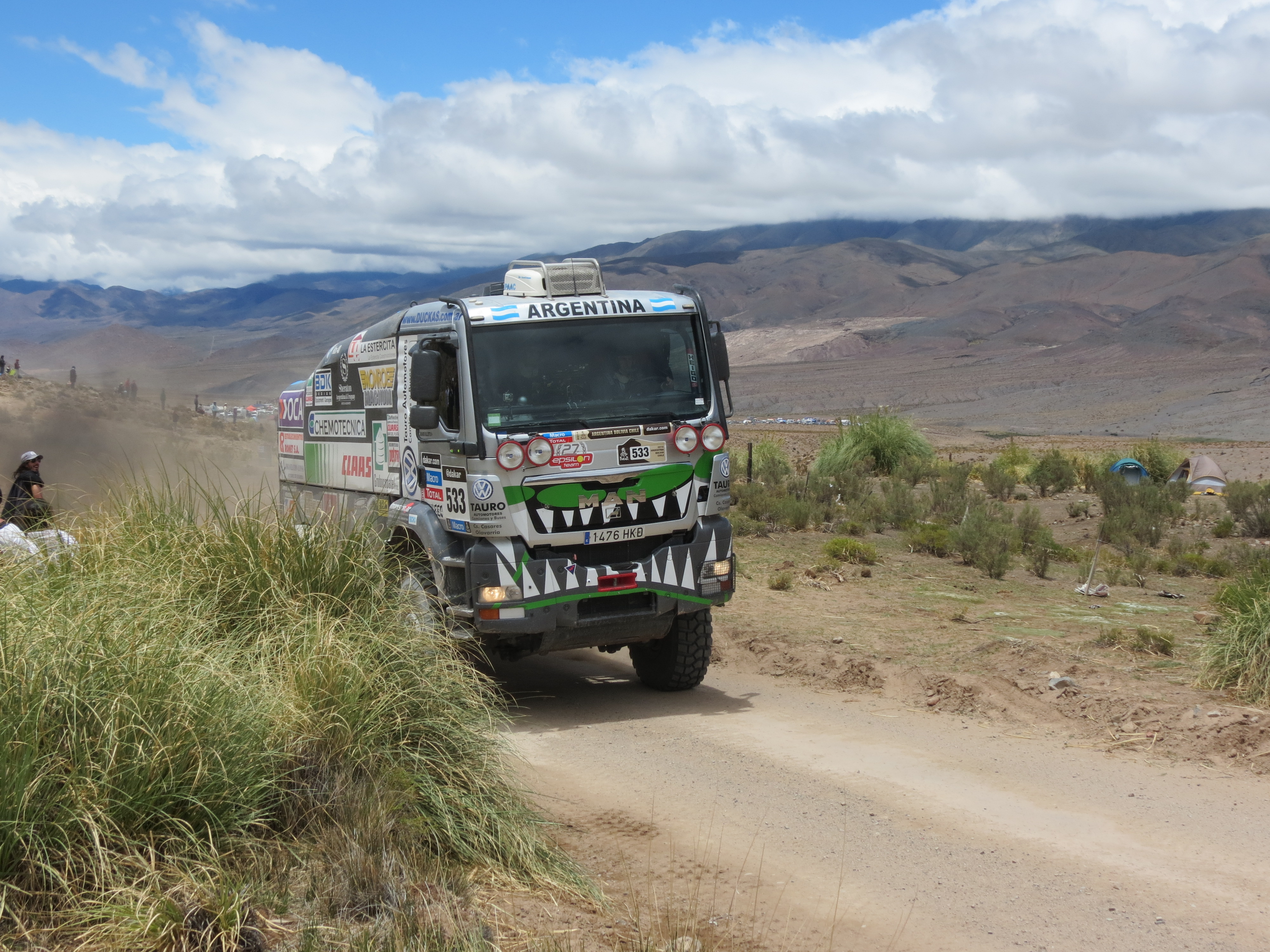 One of the Veka trucks slid sideways with serious damage as a result. We went to the track today since we did not have to travel to another bivouac. We spent all day at 3300 m (9900 ft.) to take pictures and interview at the start and finish, which resulted in a serious headache for yours truly. 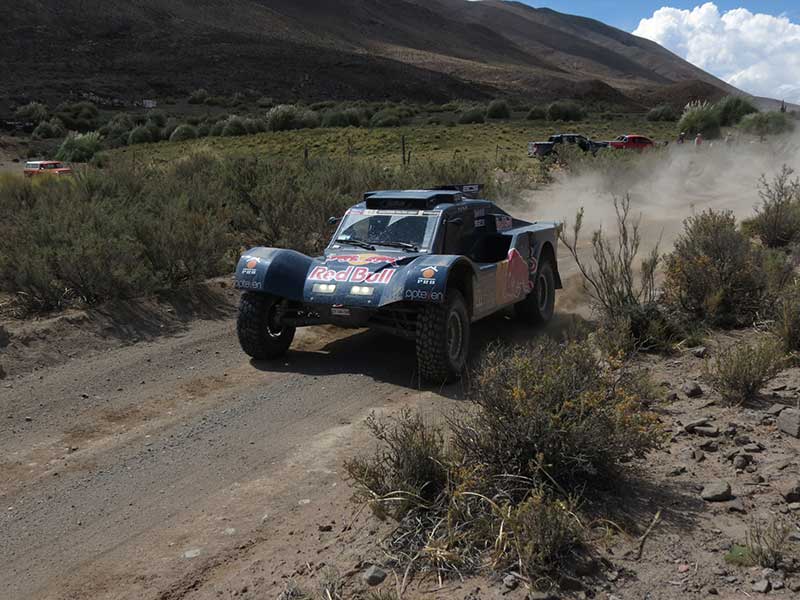 We did not see the bikes since the had a marathon stage to Uyuni in Bolivia. They will reunite with the rest of the competitors and their service teams tomorrow in Calama, Chili. A big number of drivers suffered form altitude sickness and cold form the high altitudes.

We drove over the Andes mountains reaching heights of 4820 m (14460 ft). Spectacular views along the way brought us into Chili. Using some oxygen helped us from getting a headache and seeing flying, pink elephants. The stage for the competitors was relatively easy and even the Dodge brothers from Go2Dakar were there early and during daylight. 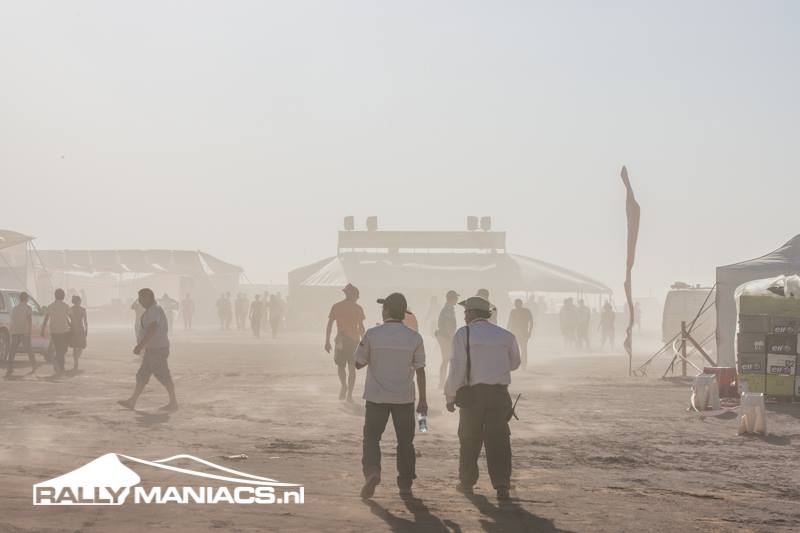 Story of the day: The bivouac was a nightmare! We arrived when a stiff wind blew a sandstorm through that made a lot of people wear dust masks. Felt a bit like a sci-fi movie with aliens. Thankfully, none appeared or abducted us or competitors.

Today we travel in a straight line to the coast of Chili from Calama. When reaching the coast we drive up north to Iquique while following the coast line. The competitors stay more away from the coast where they get various terrains. Last 40 km are high dunes with a spectacular finish descending from a very high and steep dune into the finish at the bivouac. 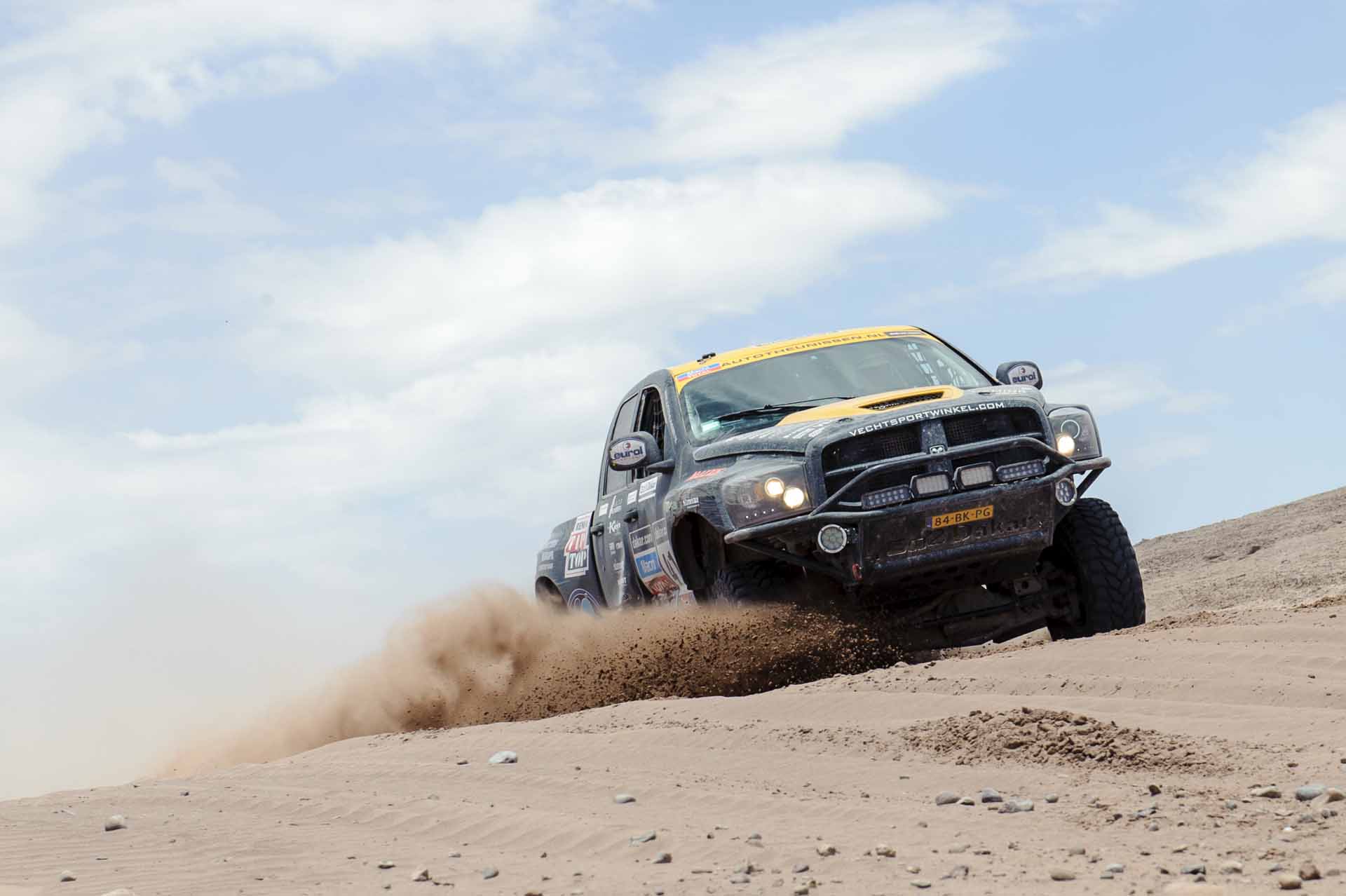 Very nice climate from the sea. One of the nicest bivouacs this trip. The stage took a number of competitors out of the race again. Robby Gordon came down from the dunes with a great jump. I shot a video of it which went viral on Twitter and Facebook. Our pride now is Sebastian Husseini who won the stage and leads the quad category in the competition.

Crazy story of the day: We decided to put our tents relatively close to the helicopter landing area. I woke up form the ascending helicopters. The last one was a big one and blew my tent upside down with me in it. The movie is on our Facebook page.